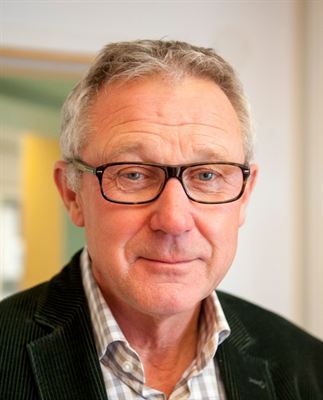 [PRESS RELEASE 2017-10-26] Cerebral palsy is more common and has higher mortality in Uganda than in high income countries. The underlying brain injury often occurs after the first month after birth, probably caused by malaria, a new population based study by researchers at Karolinska Institutet in Sweden and Makerere University in Uganda reports. The study, which is published in The Lancet Global Health, is the largest of its kind on cerebral palsy in Africa.

Registry and epidemiological studies from high income countries (HIC) show that about ten per cent of all children have some type of neurodevelopmental disorder and that two in every thousand have cerebral palsy. The corresponding information is lacking for low and middle-income countries (LMIC), as there are only few high quality population-based studies. To get a better understanding of the situation, researchers at Karolinska Institutet have charted cerebral palsy in Uganda in sub-Saharan Africa, generating data that can be used to develop national healthcare programmes and international initiatives for children with developmental disabilities.

“Children with developmental disabilities are neglected and discriminated against in many countries, where they live under difficult circumstances,” says principal investigator Professor Hans Forssberg at the Department of Women’s and Children’s Health at Karolinska Institutet. “A first step towards changing this is to show that children with disabilities exist and how common different neurodevelopmental conditions are.”

Uganda has no population registers and the authorities do not know how many children are born or how many develop disabilities. The researchers therefore used a health and demographic surveillance system (HDSS) that Karolinska Institutet helped to devise with Makerere University in Kampala, Uganda, with support from SIDA. Since 2005, field workers have been gathering vital data, e.g. on birth, death and migration for all people living in a rural part of eastern Uganda. The round of data collection that took place in 2015 included screening for cerebral palsy in over 30,000 children.

“We interpret this as due to high mortality, particularly for children with severe functional disabilities. The incidence of cerebral palsy is therefore probably twice as high in Uganda as in HIC,” says Professor Forssberg. “Our findings on increased mortality need to be followed up in a longitudinal study, and if corroborated, the new knowledge must lead to better care of children with cerebral palsy.”

The survey also shows that the cause of cerebral palsy differs to that in HIC, where some 40 per cent of children are born preterm while only two per cent of the children with CP in Uganda were born preterm, probably due to the low survival rate of preterm infants.

“This is important to consider now when programmes are initiated to increase survival rate of preterm born infants,” says Professor Forssberg. “It’s important that the brain is protected to prevent surviving infants from developing cerebral palsy.”

One in four babies born in Uganda acquired their brain damage after the first month of life, compared with only five per cent in HIC. In interviews, the care givers said that these children were born and developed normally until suddenly falling sick with fever seizures and convulsions. According to the researchers, the likely cause of the brain damage is cerebral malaria, which is preventable with prophylactic measures or better treatments.

The study was financed by the Swedish Research Council and the Promobilia Foundation. 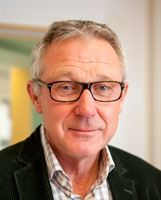