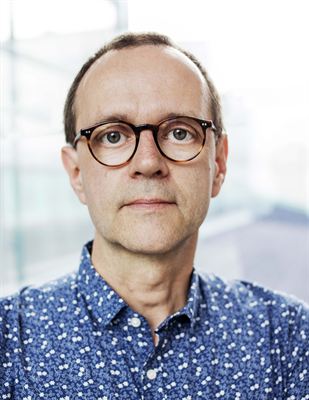 [PRESS RELEASE 6 June 2016] Obesity is a risk factor for developing type 2 diabetes, yet not all obese humans develop the disease. In a new study, researchers from the Karolinska Institutet in Sweden and from the Institute of Health and Medical Research (INSERM) in France have identified epigenomic alterations that are associated with inflammation and type 2 diabetes. The findings, which are published in the journal Nature Medicine, help to explain how alterations of the epigenome during the progression of obesity can trigger insulin resistance and diabetes.

Obese individuals differ in their susceptibility to developing insulin resistance and diabetes. Researchers believe that changes in the epigenome could be an important reason behind this difference. Epigenetic alterations increase or decrease gene expression by coupling different kinds of chemical flags to the DNA and to the histone proteins that constitute the chromatin. In contrast to the genes themselves, epigenetic alterations are dynamic and can be altered by environmental influences and nutritional components.

The research team, led by Eckardt Treuter and Nicolas Venteclef, were interested in a so-called co-repressor complex that can modify chromatin epigenetically. This particular complex contains GPS2 (G-protein pathway suppressor 2). The study reveals a key role of the GPS2 complex in controlling the epigenome in macrophages. Macrophages play a central role in the immune defense, but are also involved in the metabolically-triggered low-grade inflammation associated with metabolic diseases, including obesity and type 2 diabetes.

Initially, the INSERM team had found that GPS2 levels are reduced in the adipose tissue in obese people with diabetes, as compared to non-diabetic people. As it turned out, the identified obesity-associated alterations are conserved between humans and mice. The Karolinska team had generated mice that lack GPS2 in macrophages. When fed with a high-fat diet, these genetically modified mice did not become more obese than normal mice. However, they developed complications such as adipose tissue inflammation, systemic insulin resistance, and fatty liver, more rapidly. The characteristics observed in these mice mirror the human situation of “metabolically healthy” versus “unhealthy obese” people, according to the authors.

”The findings point to a causal and potentially reversible relationship between inappropriate expression and function of the complex, the extent of adipose tissue inflammation, and systemic insulin resistance towards type 2 diabetes”, says Nicolas Venteclef at the Cordeliers Research Centre, INSERM, in Paris.

”The study highlights the value of combining mouse and human studies in identifying molecular mechanisms underlying disease”, says Eckardt Treuter at Karolinska Institutet’s Department of Biosciences and Nutrition in Huddinge, South Stockholm. ”In particular, the mouse experiments provide strong evidence that epigenome alterations that originate in either macrophages or fat cells can be the cause, and not just a consequence, of obesity complications towards diabetes.”

The investigators believe that these alterations could be part of an ’epigenetic memory’ that can speed up an inflammatory response under conditions of metabolic stress linked to obesity and diabetes. 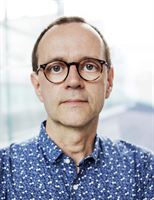