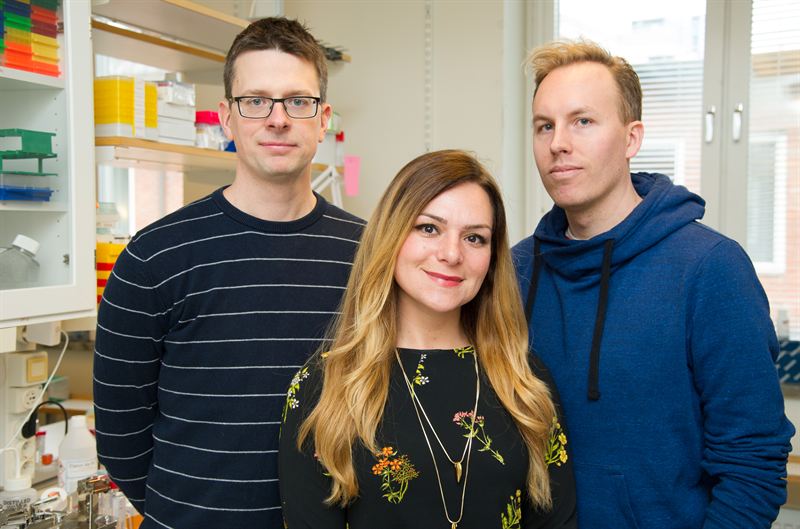 Researchers at Karolinska Institutet and the Ludwig Cancer Research in Stockholm, Sweden have conducted a detailed molecular analysis of the embryo’s first week of development. Their results show that there are considerable differences in embryonic development between humans and mice, which is the most common organism of study in this field. The new study, which is published in the journal Cell, also shows that genes on the X chromosome are regulated differently.

Early human embryonic development is difficult to study, and most of our knowledge comes from mice. During the first seven days of fertilisation, the egg develops from a single cell to a blastocyst, a hollow cluster of some 200 to 300 cells. It is during this time that the first three cell types appear: the trophectoderm, which gives rise to the placenta, the hypoblast, which forms the embryonic endoderm, and the embryonic cells that go to make up the embryo itself. If the embryo is to adhere to the uterus wall and pregnancy commence, all these three cell types must mature properly. However, exactly when and in which order and how the cell types form in humans has not been known.

By detecting gene expression in individual cells, from donated human embryos that were not used for IVF treatment, two research groups led by Rickard Sandberg and Fredrik Lanner have managed to identify which genes are used in the embryo’s cells at different times during the first week of development. They found that the first three cell types form later and seem to mature more simultaneously in the human than in the mouse.

“The fundamental knowledge generated by our research doesn’t only help us understand embryonic development better, it also tells us more about how pluripotent cells are formed and regulated in its early stages,” says Fredrik Lanner at Karolinska Institutet’s Department of Clinical Science, Intervention and Technology. “This is important for the use of embryonic stem cells in regenerative medicine.”

“What we’ve been able to demonstrate is that dose balance is gradually attained during day 4 to 7, interestingly through a completely new manner in which the gene expression from both X chromosomes in the female embryo is suppressed,” says Rickard Sandberg of Karolinska Institutet’s Department of Cell and Molecular Biology and the Ludwig Cancer Research.

Lead authors of this study are Sophie Petropoulos, Daniel Edsgärd and Björn Reinius. Sophie Petropoulos has a scholarship from the Mats Sundin Fellowship Programme for an exchange between Karolinska Institutet and the University of Toronto. Other funding bodies have been the Swedish Research Council, the Ragnar Söderberg Foundation, the Swedish Foundation for Strategic Research, the European Research Council, the Åke Wiberg Foundation, and the Ludwig Cancer Research.