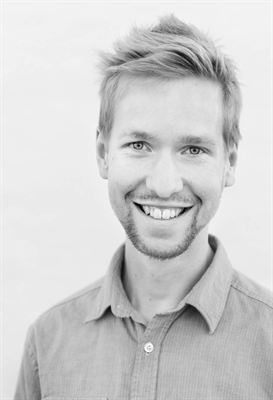 [PRESS RELEASE 2017-10-18] Every week, an average of three in every ten adolescent elite athletes suffer an injury. Worst affected are young women, and the risk of injury increases with low self-esteem, especially in combination with less sleep and higher training volume and intensity, a doctoral thesis from Karolinska Institutet shows.

Even though thousands of young elite athletes participate in organised sporting events every year, knowledge of injury and its consequences is limited. A thesis by Philip von Rosen, researcher at the Department of Neurobiology, Care Sciences and Society, can help to address this problem.

Some 1,200 young people in Sweden attend a national sports high school, where they combine their regular studies with elite sports in order to attain an international standard in their particular activity. Philip von Rosen’s studies include 680 elite athletes representing 16 different sports at 24 such schools around the country who have completed a series of surveys on injury occurrence and the volume and intensity of their training programmes.

“Our studies show that the incidence of injury is high in adolescent elite athletes,” says Mr Philip von Rosen. “During the average week, one in three of them was injured. Over a year, almost all of them had been injured at least once and around 75 per cent reported that they had been seriously injured at least once during the year.”

Girls had highest rate of injury and remained injured for longer.

To ascertain the possible risk factors behind the injuries, the participants were also asked every term about their self-esteem, nutrient intake and self-rated stress and sleep. The ones who increased the volume and intensity of their training while reducing the duration of their sleep showed a 100 per cent rise in risk of injury. Low self-esteem also increased the risk. An athlete with low self-esteem who increased the volume and intensity of his or her training while cutting back on sleep had three times the risk of injury compared to an athlete with average self-esteem who had not changed his or her training or sleeping habit.

In smaller research groups, students also talked about negative psychological consequences of injury, such as guilt, frustration and anger, and how injuries made them consider quitting elite sport altogether.

“The high risk of injury in adolescent elite athletes shows that early-intervention injury-prevention strategies are needed in order to avoid long-term consequences of injury and to encourage continuing engagement in sport,” says Mr von Rosen. “We therefore recommend that medical teams are made available for all athletes at every national sports high school to reduce the unhealthy behaviour associated with being injured, to prevent new injuries and to help injured athletes return to sport.”