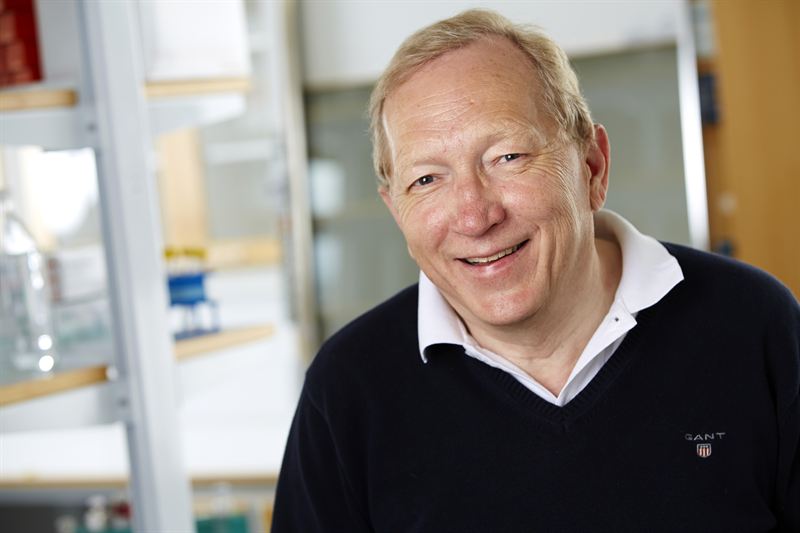 It has long been known that people with blood type O are protected from dying of severe malaria. In a study published in Nature Medicine, a team of Scandinavian scientists explains the mechanisms behind the protection that blood type O provides, and suggest that the selective pressure imposed by malaria may contribute to the variable global distribution of ABO blood groups in the human population.

Malaria is a serious disease that is estimated by the WHO to infect 200 million people a year, 600,000 of whom, primarily children under five, fatally. Malaria, which is most endemic in sub-Saharan Africa, is caused by different kinds of parasites from the plasmodium family, and effectively all cases of severe or fatal malaria come from the species known as Plasmodium falciparum. In severe cases of the disease, the infected red blood cells adhere excessively in the microvasculature and block the blood flow, causing oxygen deficiency and tissue damage that can lead to coma, brain damage and, eventually death. Scientists have therefore been keen to learn more about how this species of parasite makes the infected red blood cells so sticky.

It has long been known that people with blood type O are protected against severe malaria, while those with other types, such as A, often fall into a coma and die. Unpacking the mechanisms behind this has been one of the main goals of malaria research.

A team of scientists led from Karolinska Institutet in Sweden have now identified a new and important piece of the puzzle by describing the key part played by the RIFIN protein. Using data from different kinds of experiment on cell cultures and animals, they show how the Plasmodium falciparum parasite secretes RIFIN, and how the protein makes its way to the surface of the blood cell, where it acts like glue. The team also demonstrates how it bonds strongly with the surface of type A blood cells, but only weakly to type O.

Principal investigator Mats Wahlgren, a Professor at Karolinska Institutet’s Department of Microbiology, Tumour and Cell Biology, describes the finding as “conceptually simple”. However, since RIFIN is found in many different variants, it has taken the research team a lot of time to isolate exactly which variant is responsible for this mechanism.

“Our study ties together previous findings”, said Professor Wahlgren. “We can explain the mechanism behind the protection that blood group O provides against severe malaria, which can, in turn, explain why the blood type is so common in the areas where malaria is common. In Nigeria, for instance, more than half of the population belongs to blood group O, which protects against malaria.”

The study was financed by grants from the Swedish Foundation for Strategic Research, the EU, the Swedish Research Council, the Torsten and Ragnar Söderberg Foundation, the Royal Swedish Academy of Sciences, and Karolinska Institutet. Except Karolinska Institutet, co-authors of the study are affiliated to Stockholm University, Lund University, Karolinska University Hospital, and the national research facility SciLifeLab in Sweden, and to the University of Copenhagen in Denmark and University of Helsinki in Finland. Mats Wahlgren is a shareholder and board member of drug company Dilaforette AB, which is working on an anti-malaria drug. The company was founded with support from Karolinska Development AB, which helps innovators with patent-protected discoveries reach the commercial market.