How physical exercise protects the brain from stress-induced depression 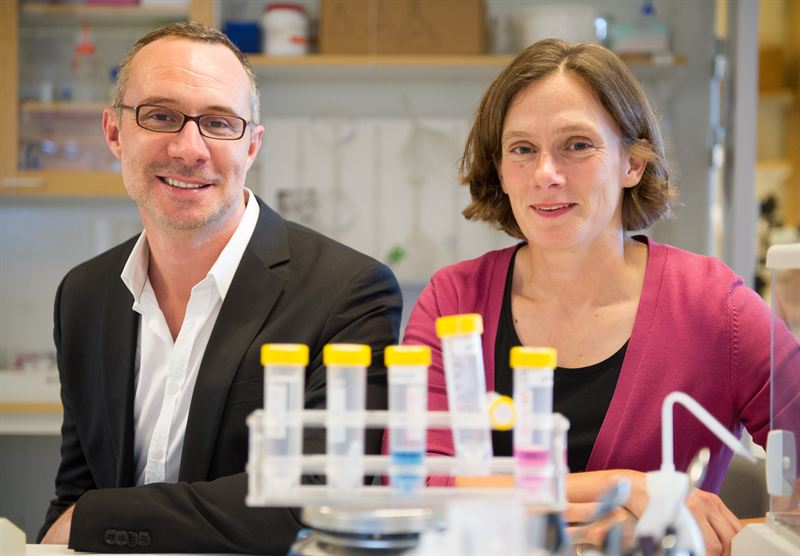 Physical exercise has many beneficial effects on human health, including the protection from stress-induced depression. However, until now the mechanisms that mediate this protective effect have been unknown. In a new study in mice, researchers at Karolinska Institutet in Sweden show that exercise training induces changes in skeletal muscle that can purge the blood of a substance that accumulates during stress, and is harmful to the brain. The study is being published in the prestigious journal Cell.

“In neurobiological terms, we actually still don't know what depression is. Our study represents another piece in the puzzle, since we provide an explanation for the protective biochemical changes induced by physical exercise that prevent the brain from being damaged during stress,” says Mia Lindskog, researcher at the Department of Neuroscience at Karolinska Institutet.

It was known that the protein PGC-1a1 (pronounced PGC-1alpha1) increases in skeletal muscle with exercise, and mediates the beneficial muscle conditioning in connection with physical activity. In this study researchers used a genetically modified mouse with high levels of PGC-1a1 in skeletal muscle that shows many characteristics of well-trained muscles (even without exercising).

These mice, and normal control mice, were exposed to a stressful environment, such as loud noises, flashing lights and reversed circadian rhythm at irregular intervals. After five weeks of mild stress, normal mice had developed depressive behaviour, whereas the genetically modified mice (with well-trained muscle characteristics) had no depressive symptoms.

“Our initial research hypothesis was that trained muscle would produce a substance with beneficial effects on the brain. We actually found the opposite: well-trained muscle produces an enzyme that purges the body of harmful substances. So in this context the muscle’s function is reminiscent of that of the kidney or the liver,” says Jorge Ruas, principal investigator at the Department of Physiology and Pharmacology, Karolinska Institutet.

The researchers discovered that mice with higher levels of PGC-1a1 in muscle also had higher levels of enzymes called KAT. KATs convert a substance formed during stress (kynurenine) into kynurenic acid, a substance that is not able to pass from the blood to the brain. The exact function of kynurenine is not known, but high levels of kynurenine can be measured in patients with mental illness. In this study, the researchers demonstrated that when normal mice were given kynurenine, they displayed depressive behaviour, while mice with increased levels of PGC-1a1 in muscle were not affected. In fact, these animals never show elevated kynurenine levels in their blood since the KAT enzymes in their well-trained muscles quickly convert it to kynurenic acid, resulting in a protective mechanism.

“It's possible that this work opens up a new pharmacological principle in the treatment of depression, where attempts could be made to influence skeletal muscle function instead of targeting the brain directly. Skeletal muscle appears to have a detoxification effect that, when activated, can protect the brain from insults and related mental illness,” says Jorge Ruas.

Depression is a common psychiatric disorder worldwide, and the World Health Organization (WHO) estimates that more than 350 million people are affected.