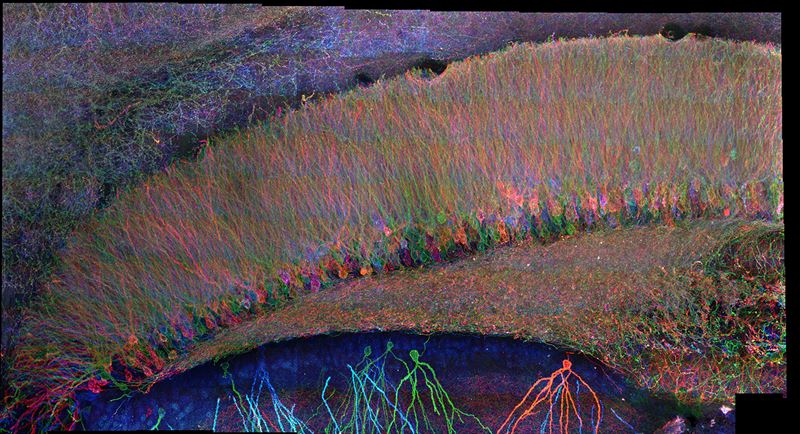 Ed Boyden wins the 2019 Lennart Nilsson Award. He gets the prize for developing a new microscopy technique called expansion microscopy.

Ed Boyden, Y Eva Tan Professor in Neurotechnology at the MIT Media Lab and McGovern Institute, and leader of the Synthetic Neurobiology Group, led the team that developed a new microscopy technique called expansion microscopy. With this technique his group, including then-graduate students Fei Chen and Paul Tillberg, made it possible to record images of biological preparations that were previously very difficult to study.

The technique is based on  physical expansion of the biological specimen, which also makes it transparent. By expansion, magnification is obtained even before the microscope is used.

Ed Boyden has with expansion microscopy, much like Lennart Nilsson, made the invisible visible and, with an artistic view, highlighted the beauty in microscopy preparations, in particular images of the brain's three-dimensional structure. His microscope images have, through their detail and beauty, provided a deeper understanding of the complexity of the brain for both laymen and experts.

Motivation:
Ed Boyden is awarded the prize for his development of expansion microscopy; a microscopy technique that makes the invisible visible and brings out the hidden details in microscopy preparations, beautifully demonstrated by studies of three-dimensional structures in the brain.

The Lennart Nilsson Award Foundation was established in 1998 in recognition of the world-renowned Swedish photographer Lennart Nilsson and his extraordinary body of work. The main aim is to promote education, training and research within the medical, biological and engineering sciences through the use of images. This is achieved through the Lennart Nilsson Award, an international award bestowed annually upon an individual in recognition of outstanding contributions within the realm of scientific photography.