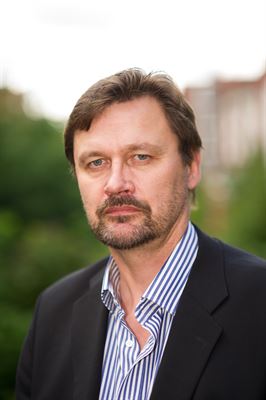 [PRESS RELEASE 2018-02-28] Individuals with bipolar disorder have the lowest risk of rehospitalisation if treated with lithium, according to a study from Karolinska Institutet in Sweden published in JAMA Psychiatry. Long-acting injections of antipsychotics were also effective, reducing the risk of rehospitalisation by 30 per cent compared with their oral counterparts.

Bipolar disorder is characterised by alternating periods of depression and elevated mood (mania), and is usually treated either with mood stabilising or antipsychotic drugs. Lithium is considered to be the most effective mood stabiliser, but only a few studies have been conducted comparing the long-term effects of different drugs in bipolar disorder.

In order to determine which treatment is most effective, researchers at Karolinska Institutet compared the risk of re-admission to hospital in more than 18,000 patients in Finland who had previously been hospitalised for bipolar disorder. Each patient was used as their own control and compared during periods with and without treatment.

During an average follow-up time of more than seven years, lithium treatment was associated with the lowest risk of rehospitalisation in mental or physical disease, with a risk reduction of about 30 per cent compared with no treatment at all. Long-acting injections of antipsychotic drugs were also effective. The risk of re-admission was around 30 per cent lower if patients were treated with long-acting injections compared to their receiving the same antipsychotic medication but orally. The most commonly prescribed antipsychotic drug for bipolar disorder, quetiapine (Seroquel), which is given in tablet form, reduced the risk by only 7 per cent.

“The prescription of lithium has decreased steadily in recent years, but our results show that lithium should remain the first line of treatment for patients with bipolar disorder. Long-acting injections might offer a safe, effective option for patients for whom lithium is not suitable”, says Jari Tiihonen, specialist doctor and professor at Karolinska Institutet’s Department of Clinical Neuroscience.

The research was funded by the Finnish Ministry of Social Affairs and Health. No company has financed this particular study, but several of the authors are associated with and have previously received funding/fees from pharmaceutical companies in different contexts. Two of the authors are employed by the contract research organisation EPID Research. The scientific article provides more detailed information about potential conflicts of interest.