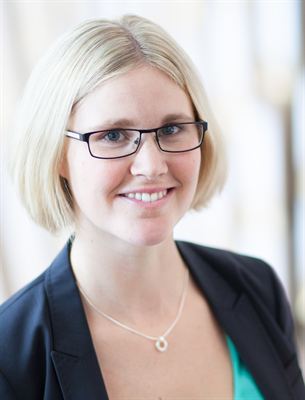 A new study from Karolinska Institutet in Sweden shows that long-term endurance training in a stable way alters the epigenetic pattern in the human skeletal muscle. The research team behind the study, which is being published in the journal Epigenetics, also found strong links between these altered epigenetic patterns and the activity in genes controlling improved metabolism and inflammation. The results may have future implications for prevention and treatment of heart disease, diabetes and obesity.

“It is well-established that being inactive is perilous, and that regular physical activity improves health, quality of life and life expectancy”, says Professor Carl Johan Sundberg, Principal Investigator at the Department of Physiology and Pharmacology. “However, exactly how the positive effects of training are induced in the body has been unclear. This study indicates that epigenetics is an important part in skeletal muscle adaptation to endurance training.”

Epigenetics can simply be described as temporary biochemical changes in the genome, caused by various forms of environmental impact. One type of epigenetic change is methylation, where a methyl group is added to or removed from a base in the DNA molecule without affecting the original DNA sequence. If genes are considered the hardware of cells, then epigenetics can be seen as their software.

The current study included 23 young and healthy men and women who performed supervised one-legged cycling, where the untrained leg served as a control. The volunteers participated in 45 minutes training sessions four times per week during a three month period. Performance was measured in both legs before and after training. In the skeletal muscle biopsies, markers for skeletal muscle metabolism, methylation status of 480 000 sites in the genome, and activity of over 20 000 genes were measured.

Results show that there were strong associations between epigenetic methylation and the change in activity of 4000 genes in total. Genes associated to genomic regions in which methylation levels increased, were involved in skeletal muscle adaptation and carbohydrate metabolism, while a decreasing degree of methylation occurred in regions associated to inflammation.

An interesting and potentially very important novel finding was that a majority of the epigenetic changes occurred in regulatory regions of our genome, so called enhancers. These sequences in our DNA are often situated far away from the actual genes they regulate, in comparison to so called promoter regions, which traditionally have been considered to control most of the gene activity.

“We found that endurance training in a coordinated fashion affects thousands of DNA methylation sites and genes associated to improvement in muscle function and health”, says Carl Johan Sundberg. “This could be of great importance for the understanding and treatment of many common diseases such as diabetes and cardiovascular disease, but also for how to maintain a good muscle function throughout life. Interestingly, we also saw that there were epigenetic differences between male and female skeletal muscle, which may be of importance to develop gender specific therapies in the future.”

This work has been funded by grants from the Swedish National Centre for Research in Sports, Torsten Söderberg Foundation, the STATegra network within the EU’s FP7, Stockholm County Council, and the Swedish Research Council. 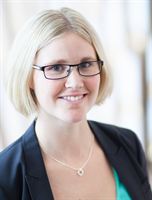 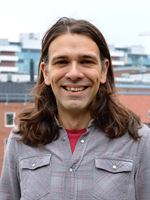