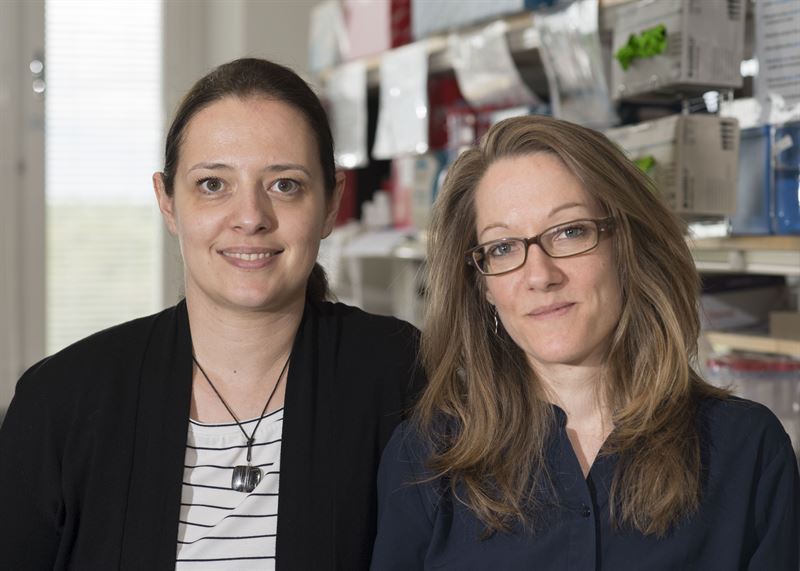 [PRESS RELEASE 2018-06-19] While the DNA sequence remains the same throughout a person’s life, the expression of the encoded genes may change with time and contribute to disease development in genetically predisposed individuals. Researchers at Karolinska Institutet in Sweden have now discovered a new mechanism of a major risk gene for multiple sclerosis (MS) that triggers disease through so-called epigenetic regulation. They also found a protective genetic variant that reduces the risk for MS through the same mechanism. The study is published in Nature Communications.

Multiple sclerosis is a chronic inflammatory disease of the central nervous system, affecting people at a relatively young age. Most are between 20 and 40 years old when they get the first symptoms, in the form of, for example numbness in the arms and legs, visual impairment and dizziness, but also fatigue and depression. The symptoms are caused by an inflammation in the brain and the spinal cord that breaks down the myelin sheath protecting the nerves, thus damaging the axons. Currently there is no cure for MS, but the disease activity can often be halted through medication.

Already over 40 years ago it was discovered that genetic variation in the so-called HLA region is the strongest risk factor for developing disease. HLA encodes molecules that are involved in the immune system. However, the specific genes and molecular mechanisms behind the emergence of the disease are not fully established.

By using molecular analyses and combining several studies (so-called meta-analysis), including around 14,000 patients with MS and a control group of more than 170,000 healthy individuals, researchers at Karolinska Institutet found that people with the major risk variant HLA-DRB1*15:01 have an increased expression of the HLA-DRB1 gene, thus increasing the risk for the disease. The researchers further discovered a so-called epigenetic regulation of HLA expression as the mechanism mediating this effect.

“We show for the first time that epigenetic mechanisms can cause the disease. In addition, we can connect this mechanism to the genetic variant with the strongest risk for developing MS,” says Maja Jagodic, researcher at the Department of Clinical Neuroscience at Karolinska Institutet and one of the authors of the article.

The researchers also discovered a new HLA gene variant, rs9267649, which reduces the risk of developing MS. This protective variant decreases the HLA-DRB1 gene expression – through the same epigenetic regulation mechanism – thus reducing the risk for MS. The results open new avenues for potential alternative treatments based on specific epigenetic modulation, i.e. to prevent gene expression artificially. This gives hope for people with MS, as well as other autoimmune diseases.

“Almost all autoimmune diseases are associated with HLA,” says Lara Kular, co-author and researcher at the same department.

The study was carried out through an international collaboration with researchers in the US, Germany, Norway, Denmark, and Iceland (the deCode company). Financing has been granted through funding from, among others, the Swedish Research Council, Neuro, the Swedish Brain Foundation, the European MS Foundation, Petrus and Augusta Hedlund Foundation, AFA Insurance, Knut and Alice Wallenberg Foundation, Stockholm County Council, and AstraZeneca.

Several of the researchers are employed by deCode genetics/Amgen Inc. For more information, see the scientific article.