Migraine with aura – but not without – increases risk of stroke 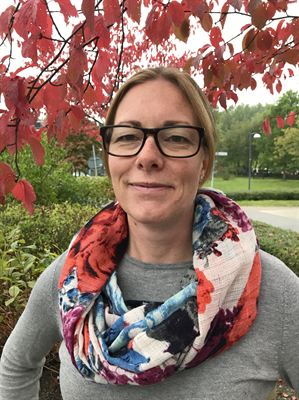 [PRESS RELEASE 2017-09-26] Only people with migraine with aura have a higher risk of stroke, shows a twin study with 12-year follow-up, from Karolinska Institutet published in the journal Brain. The study also found that the risk is lower than previously demonstrated and possibly related to familial factors.

Between 11 and 13 per cent of the population suffer migraines. The condition, which is up to three times more common in women, often debuts in adolescence or early adulthood. Sufferers have recurrent headaches combined with symptoms such as nausea, vomiting or hypersensitivity to light and sound. For one in three sufferers, the headaches start with an aura of neurological symptoms, leading to the migraine classification “with/without aura”. Repeated studies, conducted over the past 30 years or more, have shown that migraine – particularly with aura – increases the risk of stroke. Gender (being female), young age (under 45), smoking and contraceptive pills have also been linked to a higher risk of stroke in migraine patients.

Using the Swedish Twin Registry, the researchers looked at over 53,000 twins over a twelve-year period, 16.2 per cent of whom had any form of migraine, and 6.7 migraine with aura. During the follow-up time, 1,297 of the 53,000 twins had a stroke. On examining the link between this and migraines, they found that the data corroborated with earlier studies, although with a lower general risk.

“Our results showed no increase in stroke risk for individuals with migraine without aura, and a somewhat higher risk in twins with migraine with aura, even though this risk was lower than previously demonstrated,” says Maria Lantz, postdoc at Karolinska Institutet’s Department of Clinical Neuroscience.

The results also remained largely unchanged when the researchers controlled for other risk factors, such as smoking and high blood pressure.

“Further analyses of twin pairs indicate that familial factors, such as heredity and childhood environment, can exacerbate the risk,” says Dr Lantz.

The study was financed by Stockholm County Council through the ALF scheme and the Swedish Migraine Society.