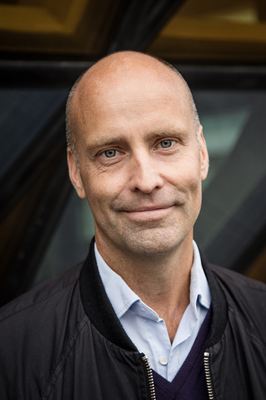 New human heart muscle cells can be formed, but this mainly happens during the first ten years of life, according to a new study from Karolinska Institutet. Other cell types, however, are replaced more quickly. The study, which is published in the journal Cell, demonstrates that the heart muscle is regenerated throughout a person’s life, supporting the idea that it is possible to stimulate the rebuilding of lost heart tissue.

During a heart attack, when parts of the heart muscle are starved of oxygen, many heart cells die and are replaced by scar tissue. As this impairs functionality, many researchers are interested in the possibility of stimulating the regeneration of lost heart muscle cells. But is it possible? This is one of the big questions of regenerative medicine, and scientists have long been trying to answer it, without arriving at a consensus.

To examine the regeneration of human heart cells, the team behind this new study used a combination of methods. One such was to measure the radioactive isotope C-14, exploiting the sharp rise in atmospheric levels of carbon-14 in the 1950s and 60s caused by nuclear testing. Levels then declined, which means that cells that were formed after that period give lower C-14 readings than those formed during it. Thus by measuring the amount of C-14 in a cell’s DNA, the researchers were able to calculate its age.

“We examined the heart tissue from 29 deceased individuals of various ages and found that even by one month after birth, the heart contains the same number of cells as it has in adults,” says Olaf Bergmann from the Department of Cell and Molecular Biology.

According to the study, the heart grows during childhood because its cells increase in size rather than in number; in other words, heart cells are generated on only a modest scale, and even during a long life, only forty per cent of muscle cells are replaced.

The heart also contains other types of cell, such as endothelial cells and cells in the connective tissue that go under the collective name of mesenchymal cells. What the researchers found was that these cell populations change much more than the heart muscle cells. The endothelial cells have the shortest life-cycle, and in adults all such cells are exchanged over a six-year period. The mesenchymal cells are also replaced, but more slowly – twice during a lifetime estimate the researchers behind this new study.

“Our study shows that endothelial cells, mesenchymal cells and heart muscle cells are renewed in the human heart throughout life, albeit at a different rate for different cells,” says study leader Jonas Frisén from the Department of Cell and Molecular Biology. “Our findings suggest that it can be rational and realistic to develop new therapeutic strategies for strengthening the body’s own regenerative capacity to treat heart diseases.”

View a video abstract about this research