Using a process known as single cell sequencing, scientists at Karolinska Institutet have produced a detailed map of cortical cell types and the genes active within them. The study, which is published in the journal Science, marks the first time this method of analysis has been used on such a large scale on such complex tissue. The team studied over three thousand cells, one at a time, and even managed to identify a number of hitherto unknown types. 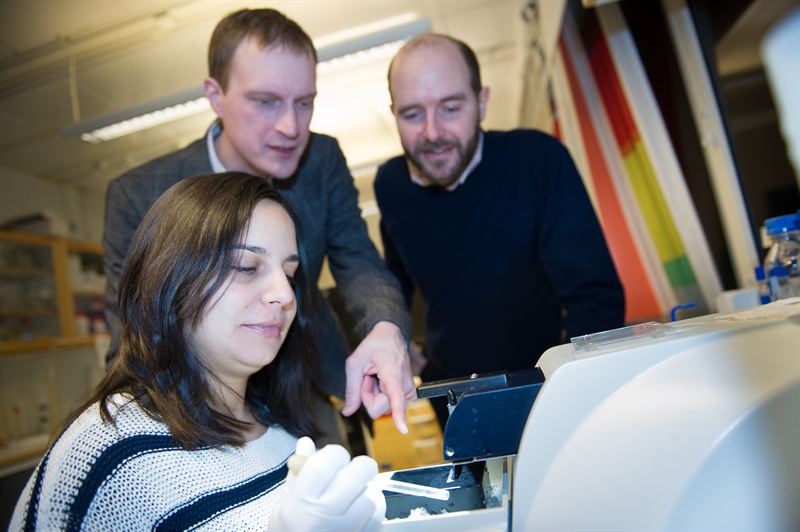 “If you compare the brain to a fruit salad, you could say that previous methods were like running the fruit through a blender and seeing what colour juice you got from different parts of the brain,” says Sten Linnarsson, senior researcher at the Department of Medical Biochemistry and Biophysics. “But in recent years we’ve developed much more sensitive methods of analysis that allow us to see which genes are active in individual cells. This is like taking pieces of the fruit salad, examining them one by one and then sorting them into piles to see how many different kinds of fruit it contains, what they’re made up of and how they interrelate.”

The knowledge that all living organisms are built up of cells is almost 200 years old. Since the discovery was made by a group of 19th century German scientists, we have also learnt that the nature of a particular body tissue is determined by its constituent cells, which are, in turn, determined by which genes are active in their DNA. However, little is still known about how this happens in detail, especially as regards the brain, the body’s most complex organ.

In the present study, the scientists used large-scale single-cell analysis to answer some of these questions. By studying over three thousand cells from the cerebral cortex in mice, one at a time and in detail, and comparing which of the 20,000 genes were active in each one, they were able to sort the cells into virtual piles. They identified 47 different kinds of cell, including a large proportion of specialised neurons, some blood vessel cells and glial cells, which take care of waste products, protect against infection and supply nerve cells with nutrients.

With the help of this detailed map, the scientists were able to identify hitherto unknown cell types, including a nerve cell in the most superficial cortical layer, and six different types of oligodendrocyte, which are cells that form the electrically insulating myelin sheath around the nerve cells. The new knowledge the project has generated can shed more light on diseases that affect the myelin, such as multiple sclerosis (MS).

“We could also confirm previous findings, such as that the pyramidal cells of the cerebral cortex are functionally organised in layers,” says Jens Hjerling-Leffler, who co-led the study with Dr Linnarsson. “But above all, we have created a much more detailed map of the cells of the brain that describes each cell type in detail and shows which genes are active in it. This gives science a new tool for studying these cell types in disease models and helps us to understand better how brain cell respond to disease and injury.”

There are estimated to be 100 million cells in a mouse brain, and 65 billion in a human brain. Nerve cells are approximately 20 micrometres in diameter, glial cells about 10 micrometres. A micrometre is equivalent to a thousandth of a millimetre.

The study was carried out by Sten Linnarsson’s and Jens Hjerling-Leffler’s research groups at the Department of MedicalBbiochemistry and Biophysics, in particular by Amit Zeisel and Ana Muños Manchado. It also involved researchers from Karolinska Institutet’s Department of Oncology-Pathology, and Uppsala University.