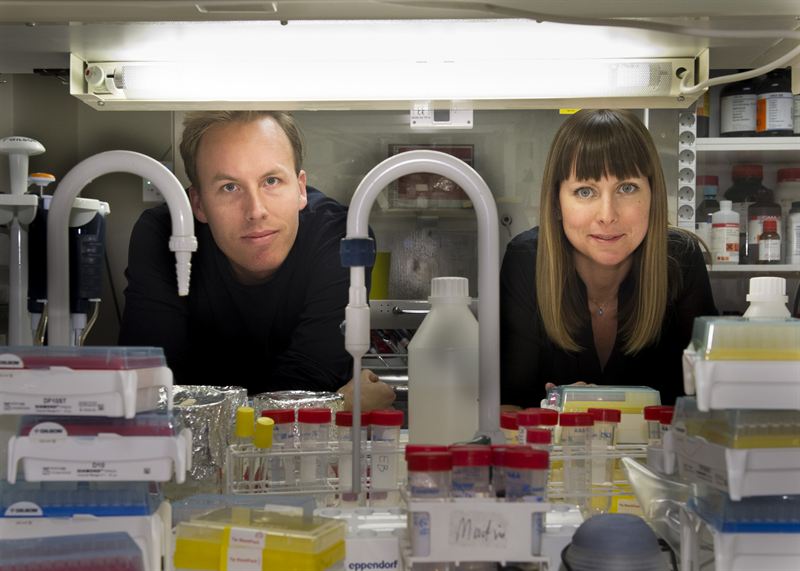 [PRESS RELEASE, 15 FEB. 2016] A relatively newly discovered group of immune cells known as ILCs have been examined in detail in a new study published in the journal Nature Immunology. By analysing the gene expression in individual tonsil cells, scientists at Karolinska Institutet in Sweden have found three previously unknown subgroups of ILCs, and revealed more about how these cells function in the human body.

Innate lymphoid cells (ILCs) are a group of immune cells that have only relatively recently been discovered in humans. Most of current knowledge about ILCs stems from animal studies of e.g. inflammation or infection in the gastrointestinal tract. There is therefore an urgent need to learn more about these cells in humans.

Previous studies have shown that ILCs are important for maintaining the barrier function of the mucosa, which serves as a first line of defence against microorganisms in the lungs, intestines and elsewhere. However, while there is growing evidence to suggest that ILCs are involved in diseases such as inflammatory bowel disease, asthma and intestinal cancer, basic research still needs to be done to ascertain exactly what part they play.

Two research groups, led by Rickard Sandberg and Jenny Mjösberg, collaborated on a study of ILCs from human tonsils. To date, three main groups of human ILCs are characterized. In this present study, the teams used a novel approach that enabled them to sort individual tonsil cells and measure their expression across thousands of  genes. This way, the researchers managed to categorise hundreds of cells, one by one, to define the types of ILCs found in the human tonsils.

“We used cluster analyses to demonstrate that ILCs congregate into ILC1, ILC2, ILC3 and NK cells, based on their unique gene expression profiles,” says Professor Sandberg at Karolinska Institutet’s Department of Cell and Molecular Biology, and the Stockholm branch of Ludwig Cancer Research. “Our analyses also discovered the expression of numerous genes of previously unknown function in ILCs, highlighting that these cells are likely doing more than what we previously knew.”

By analysing the gene expression profiles (or transcriptome) of individual cells, the researchers found that one of the formerly known main groups could be subdivided.

“We’ve identified three new subgroups of ILC3s that evince different gene expression patterns and that differ in how they react to signalling molecules and in their ability to secrete proteins,” says Dr Mjösberg at Karolinska Institutet’s Department of Medicine in Huddinge, South Stockholm. “All in all, our study has taught us a lot about this relatively uncharacterised family of cells and our data will serve as an important resource for other researchers.”