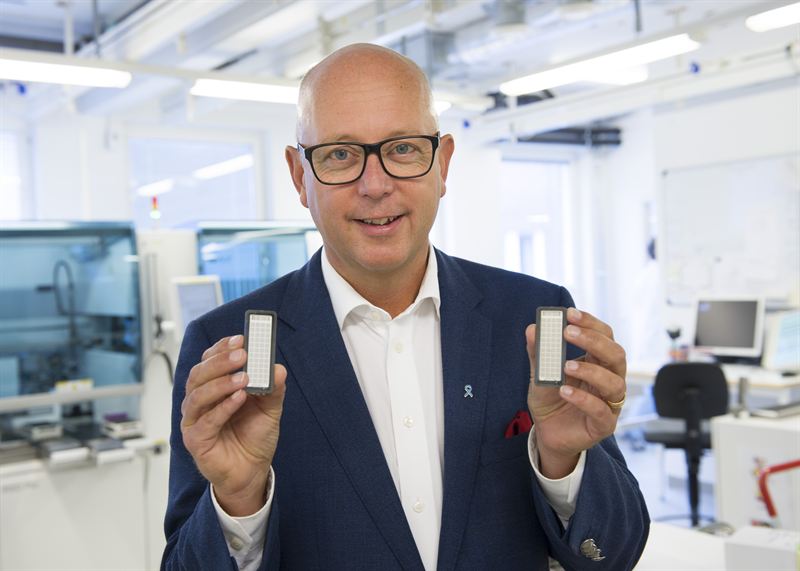 A study from Karolinska Institutet in Sweden shows that a new test for prostate cancer is better at detecting aggressive cancer than PSA. The new test, which has undergone trial in 58,818 men, discovers aggressive cancer earlier and reduces the number of false positive tests and unnecessary biopsies. The results are published in the scientific journal The Lancet Oncology.

Prostate cancer is the second most common cancer among men worldwide, with over 1.2 million diagnosed in 2012. In number of men diagnosed with prostate cancer increases and within 20 years over 2 million men are estimated to be diagnosed yearly. Currently, PSA is used to diagnose prostate cancer, but the procedure has long been controversial.

“PSA can’t distinguish between aggressive and benign cancer,” says principal investigator Henrik Grönberg, MD, PhD, Professor of Cancer Epidemiology at Karolinska Institutet. “Today, men who don’t have cancer or who have a form of cancer that doesn’t need treating must go through an unnecessary, painful and sometimes dangerous course of treatment. On top of this, PSA misses many aggressive cancers. We therefore decided to develop a more precise test that could potentially replace PSA.”

The new so-called STHLM3 test is a blood test that analyzes a combination of six protein markers, over 200 genetic markers and clinical data (age, family history and previous prostate biopsies). The test has been developed by researchers at Karolinska Institutet in collaboration with Thermo Fisher Scientific, which provided the protein and genetic marker assays used in the clinical study.

The study, which is presented in The Lancet Oncology, included 58,818 men from Stockholm aged 50 to 69 and was conducted between 2012 and 2014. The STHLM3 test and PSA were performed on all participants and then compared. The results show that the STHLM3 test reduced the number of biopsies by 30 percent without compromising patient safety. In addition, the STHLM3 test found aggressive cancers in men with low PSA values (1-3 ng/ml) – cancers that are currently going undetected.

“This is indeed promising results. If we can introduce a more accurate way of testing for prostate cancer, we’ll spare patients unnecessary suffering and save resources for society”, says Professor Grönberg. “The STHLM3 tests will be available in Sweden in March 2016 and we will now start validating it in other countries and ethnic groups”.

The study was financed by the Stockholm County Council. Professor Grönberg is a researcher at the Department of Medical Epidemiology and Biostatistics at Karolinska Institutet.