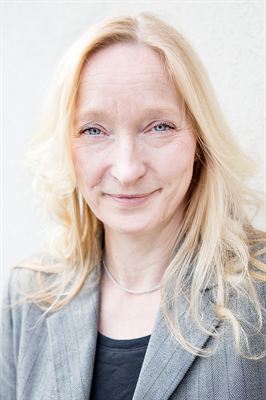 [PRESS RELEASE 2017-05-17] An international team of researchers, led from Karolinska Institutet, has identified two receptors on the cells in the blood vessels of the brain that can be blocked and thereby prevent pneumococci from entering the brain. The study, which is published in The Journal of Experimental Medicine, shows that the use of antibodies that block the receptors can potentially be used as a new therapeutic strategy for pneumococcal meningitis.

Pneumococci is the most common bacterial cause of infections in the airways and the most significant cause of meningitis in the world, a condition that affects an estimated 100,000 children under the age of 5 every year, many of them fatally. Despite antibiotic treatment, patients often develop chronic neurological complications.

In order to cause meningitis, pneumococcal bacteria have to make their way from the airways to the blood and then pass through the blood-brain barrier – the dense layer of cells surrounding the cerebral blood vessels. How the bacteria manage to penetrate this barrier has been hitherto unknown. In the present study the researchers found after examining brain tissue from patients who died from meningitis that 90–95 per cent of all pneumococci clustered around two receptors on the blood-brain barrier cells: PECAM-1 and pIgR.

While it has been known that pneumococci can enter the brain, it has remained a mystery how they attach to the brain vascular cells and enter. This new paper shows how two important pneumococcal proteins, RrgA and PspC, are recognised by PECAM-1 and pIgR.

“Our results suggest that these two receptors are most important for the ability of pneumococci to enter the brain,” says Birgitta Henriques-Normark, professor at Karolinska Institutet’s Department of Microbiology, Tumour and Cell Biology.

The researchers then examined if antibody-mediated blocking of these two receptors could influence pneumococcal infections in mice, and found that the control group had several hundred times more bacteria in the brain than the antibody treated group.

The researchers also showed that antibiotics, which are the most common form of treatment, were much more efficacious when combined with antibodies – some mice were completely cured. This suggests that antibiotic-resistant bacteria might also be prevented from infecting the brain using antibodies.

“We will now further study mechanisms that enable pneumococci to enter the brain via these receptors,” explains Professor Henriques-Normark. “Our findings suggest that we might be able to develop new strategies for treatment of these infections by stopping interactions between pneumococci and brain vascular cells.”

The study was financed by the Knut & Alice Wallenberg Foundation, the Swedish Research Council, and the Swedish Foundation for Strategic Research, as well as through the ALF agreement with Stockholm County Council.