No new heart muscle cells in mice after the newborn period 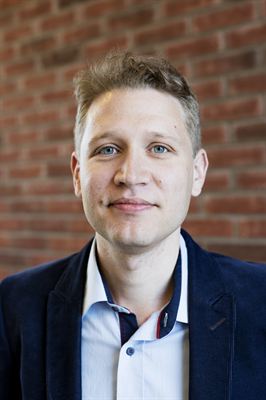 A new study from Sweden’s Karolinska Institutet shows that new heart muscle cells in mice are mainly formed directly after birth. After the neonatal period the number of heart muscle cells does not change, and heart growth occurs only by cell size increase, similar to the human heart. The results are presented in the journal Cell.

Cardiovascular disease is one of the main causes of the death in the developed world. During a heart attack many heart muscle cells die and the heart loses its ability to work efficiently. The key to restore the lost heart function after injuries is to gain a better understanding of the physiological renewal of muscle cells, but due to technical challenges this has been difficult.

In a study published earlier this year in Cell, headed by Dr Olaf Bergmann and Professor Jonas Frisén at Karolinska Institutet’s Department of Cell and Molecular Biology, it was shown that the human heart generates most heart muscle cells during early childhood, and that their number is already defined in the perinatal period. However, it has been disputed whether these findings also apply to the mouse heart, which is an important model for studying heart disease.

In this new study, researchers showed that the mouse heart generates a substantial number of muscle cells early in life, as does the human heart. The generation of new heart muscle cells is limited to the neonatal period, and is followed by two waves of DNA synthesis that does not lead to cell division during the second and third postnatal week.

“In other words, after the neonatal period most muscle cells lose their ability to divide but not to synthesize DNA. This makes the cells end up with different amounts of genetic material”, says Olaf Bergmann, who headed the recent study. “After the third postnatal week DNA synthesis is barely detectable, and the mouse heart growth mainly by size increase of muscle cells.”

To examine the generation of heart muscle cells, the research team used a combination of methods. One of such was an advanced technique to detect division of cells using the non-radioactive, non-toxic stable isotope nitrogen-15 that was given to the animals and remains in the cell’s DNA of newly-generated cells. This was combined with a technique to estimate the total number of cells so that the growth potential could be studied. In that way this study found that the generation of heart muscle cells is restricted to the neonatal period and does not continue in the juvenile animal.

“The next step is to understand why most heart muscle cells stop dividing so early in life”, says Olaf Bergmann. “Our aim is to help the adult heart to generate new muscle cells to replace lost heart tissue after injuries”.