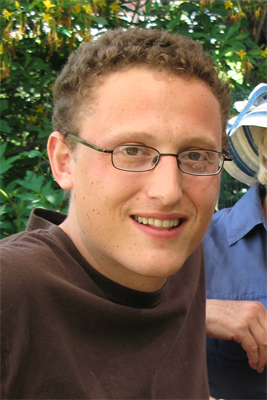 Timothy Behrens, Professor of Computational Neuroscience at the University of Oxford is awarded the 2014 Lennart Nilsson Prize for crucial efforts for the advancement of diffusion MRI, a technique for creating high resolution images of the architecture of the human brain.

Diffusion MRI (magnetic resonance imaging) makes it possible to image how water molecules move around axons and thus how different parts of the brain communicate with each other. With a strong methodological focus and using non-invasive diffusion MRI, often in combination with functional techniques or traditional tracing techniques, Timothy Behrens’ research groups studies the organization of anatomical brain connections and how they relate to regional brain function. They also investigate the role of frontal cortical mechanisms in controlling behaviour. They use computational descriptions at the behavioural and network levels to form predictions, and test these in neurophysiological, neurochemical, and lesion data.

Timothy Behrens is awarded The Lennart Nilsson prize for having developed so called probabilistic tractography methods. They made it possible to trace brain connections all the way from their source to target, and to quantify connectivity between different brain regions. The technique allows non-invasive in vivo mapping of the fiber structure of the human brain, which is of great importance for the understanding of the architecture of the brain in health and disease.

Timothy Behrens was born in 1978. As an undergraduate at Oxford he studied Information Engineering and then did a Dphil focusing on developing new methods for understanding the data from the then very new technique diffusion imaging. He developed several new approaches for measuring and understanding brain connections and how they influence regional brain function. These studies have led to his prominent role in the NIH-funded Human Connectome Project, on which he leads the section on anatomical connectivity. In parallel he became interested in the computational methods employed by the brain to solve everyday problems. With funding from the Wellcome Trust, Medical Research Council UK and the James S McDonnell foundation, he performs cross-species studies to understand the neural computations that control our behavior.

The Lennart Nilsson Award Foundation was established in 1998 in recognition of the world-renowned Swedish photographer Lennart Nilsson and his extraordinary body of work. Its main aim is to promote education, training and research within the medical, biological and engineering sciences through the use of images. This is achieved through the Lennart Nilsson Award, an international award bestowed annually upon an individual in recognition of outstanding contributions within the realm of scientific photography. The award is administrated by Karolinska Institutet and recipients are people who work in the spirit of Lennart Nilsson, revealing science to the world in beautiful, unique and powerful ways. The prize sum is SEK 100,000.