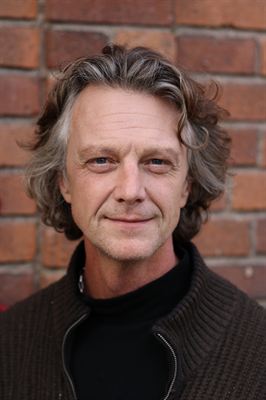 [PRESS RELEASE, 15 DEC. 2015] Researchers at Karolinska Institutet, and the Sahlgrenska Academy at Gothenburg University in Sweden have identified a gene variant linked to psychotic symptoms and cognitive impairment in people with bipolar disorder. The study, which is published in the journal Molecular Psychiatry, describes a possible mechanism for how the gene variant produces clinical symptoms by affecting levels of specific proteins in the brain.

“We’ve identified a gene variant linked to specific psychotic symptoms and cognitive impairment in people with bipolar disorder,” says Mikael Landén, researcher at Karolinska Institutet’s Department of Medical Epidemiology and Biostatistics and the Sahlgrenska Academy’s Department of Neuroscience and Physiology. “The link to cognitive symptoms is particularly interesting, since there are no treatments currently available to improve problems with attention, memory and concentration, which impact heavily on functional outcome and recoverability.”

Bipolar disorder and schizophrenia can largely be attributed to inherited factors. In recent years, scientists have identified specific gene variants that increase the risk of these diseases, but these risk variants only go some way to explaining why some people are afflicted by the disease and others are not. We currently do not know how these genetic risk factors affect the chemistry of the brain and cause specific symptoms, so it is not yet possible for scientists to design drugs to relieve symptoms shown by people with a particular genetic variant. To link, at a molecular level, a gene variant with biochemical changes and clinical symptoms related to a heritable psychiatric disorder, as in this present study, is therefore something of a breakthrough.

The study involved people with bipolar disorder from the St. Göran project being run in Stockholm and Gothenburg. Besides carefully mapping the participants’ specific symptoms, the scientists also tested their cognitive abilities and measured levels of different proteins in their blood and CSF, a fluid that surrounds the brain and that thus gives a good indication of its chemistry. On performing a genome-wide association study (GWAS), they found that a genetic variant of the SNX7 gene was associated with both the levels of a protein in the CSF, known as kynurenic acid, and the disease symptoms.

“We then conducted a series of supplementary experiments to identify a probable signal pathway, from the occurrence of the genetic risk variant to clinical symptoms in the form of psychosis and cognitive impairment,” says Professor Landén. “The pathway mainly involves signalling via the brains’ immune cells, and thus differs from how today’s drugs operate. What we’re hoping, therefore, is that the new mechanisms we’ve discovered will help in the development of more targeted drugs, where existing immune-modulating drugs can also be of interest.”

Although the study participants all suffer from bipolar disorder, the researchers behind the study think that the mechanisms also apply to other psychotic disorders, such as schizophrenia. The study was financed with grants from several bodies, including the Swedish Research Council, the Swedish Foundation for Strategic Research and the Swedish Brain Fund. 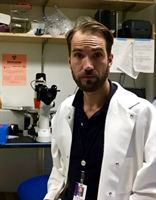