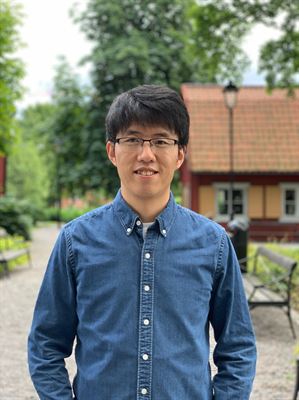 Psychiatric comorbidity may play an important role in the increased risk of premature death in people with ADHD (attention-deficit/hyperactivity disorder), according to a new extensive registry study conducted at Karolinska Institutet and Örebro University in Sweden. The results, which are published in JAMA Psychiatry, suggest that improved awareness and care of psychiatric comorbidities such as substance use disorders may help reduce serious outcomes associated with ADHD.

While previous research has shown that people with ADHD are at increased risk of premature death, the cause-specific risks and the potential role of psychiatric comorbidities has remained uncertain. Studying national health registries with a sample of 2 675 615 individuals (86 670, 3.2% with ADHD diagnosis) born in Sweden between 1983 and 2009, researchers at Karolinska Institutet were able to examine cause-specific risks in ADHD, including suicide and unintentional injuries (e.g. traffic accidents). The researchers also analysed the potential role of early-onset (such as autism spectrum disorders) and late-onset (such as substance use disorders) psychiatric comorbidities.

When analysing children and adults separately, the study revealed that the risk of premature death was higher among adults with ADHD than among children. Individuals who received their ADHD diagnosis later in life also presented with a higher mortality risk compared to those who received their diagnosis earlier. Unintentional injuries and suicide were the leading causes of death among individuals with ADHD, accounting for 35.8 per cent and 31.4 per cent of the 414 deaths in the ADHD group, respectively.

“Improved understanding of the role of psychiatric comorbidities for associations between ADHD and premature death could facilitate surveillance, intervention and prevention efforts,” says Shihua Sun, a doctoral student at the Department of Medical Epidemiology and Biostatistics, Karolinska Institutet and lead author of the study.

“For individuals with a diagnosis of ADHD and their family members we need to point out that most individuals with ADHD will not suffer from these serious outcomes,” says senior author Henrik Larsson, professor at Örebro University and visiting professor at Karolinska Institutet. “The take-home message is that clinicians should consider psychiatric comorbidities carefully in their risk assessments as it may assist in identifying individuals with increased risk of premature death. Increased attention and care of psychiatric comorbidities such as substance use disorders may help reduce serious outcomes associated with ADHD.”

The work was conducted in collaboration between researchers from Karolinska Institutet, Örebro University, State University of New York (SUNY) Upstate Medical University, Indiana University and Aarhus University. Some of the authors of the study, including Henrik Larsson, have received income from pharmaceutical companies, and one of the authors (Stephen V. Faraone) holds a US patent for the use of sodium-hydrogen exchange inhibitors in the treatment of ADHD with his institution. See the scientific article for more information about potential conflicts of interest.