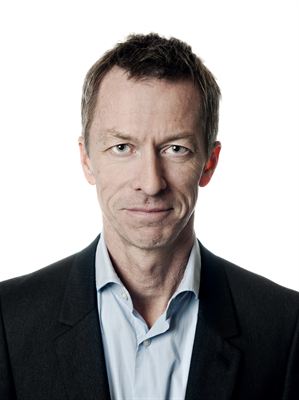 [PRESS RELEASE 2017-09-12] Surgery for severe heartburn has become less common after the turn of the millennium, due in part to the fear of relapse. Instead, most patients are treated with drugs that reduce the acidity of the stomach. However, a new study from Karolinska Institutet published in the distinguished journal JAMA shows that the risk of complications and relapse is not as high as feared, especially not in young, healthy males.

Severe, recurrent heartburn, or reflux, affects between 10 and 20 per cent of the adult population. The most common treatment is medication that reduces the acidity of the stomach, which alleviate the symptoms for most people.

Alternatively, sufferers can undergo antireflux surgery, whereby the contents of the stomach are prevented from entering the oesophagus by a mechanical valve implanted through keyhole surgery. However, such operations have declined since the turn of the 2000s due to the greater efficacy of the medications and to the risk of complications and relapse. Older studies of post-operative relapse have been small and provided conflicting results; some, however, have indicated a very high risk of relapse.

To obtain a clearer understanding of the risk of relapse after antireflux keyhole surgery, researchers at Karolinska Institutet have carried out a large study in which they followed up all adult reflux patients who underwent such an operation in Sweden between 2005 and 2014. They found that 18 per cent of the 2,655 patients had suffered a relapse, which is lower than in most of the earlier studies. Of these, 84 per cent were put on long-term medication, with the remainder having a second operation. Only 4 per cent of all included patients in the study suffered some form of complication, and those they did suffer were usually of low severity.

The risk of reflux relapse was higher in women, elderly people and people with other diseases; the risk was lowest amongst healthy men below the age of 45.

“This type of operation with a relatively low risk of complications is possibly an under-used therapeutic alternative, especially for young, healthy people with severe reflux,” says principal investigator Jesper Lagergren, professor at Karolinska Institutet’s Department of Molecular Medicine and Surgery.

Medication is readily available and effective at alleviating symptoms, but does not treat the underlying disease. Medication is often lifelong, and long-standing treatment can eventually lead to complications such as osteoporosis, pneumonia and gastrointestinal infection.

“The operation requires no lengthy hospitalisation and is a one-off, but it does carry a risk of complications and relapse,” says professor Lagergren. “Previous comparisons of medication and surgery have shown that life quality is better after surgery, and surgery is judged likely to be more cost-effective in the long run.”

The study was financed by the Swedish Research Council.