Research on medical abortion and miscarriage may change international routines 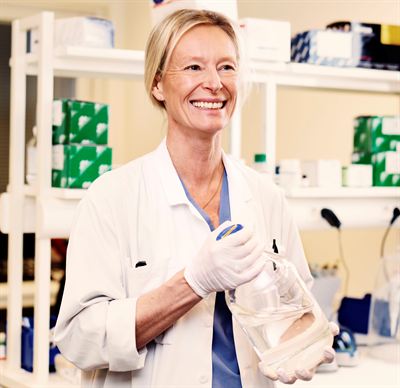 [PRESS RELEASE 3/27/15] Two scientific studies led by researchers at Sweden’s Karolinska Institutet are expected to form the basis of new international recommendations for the treatment of medical abortions and miscarriages. One of the studies, both of which are being published in the journal The Lancet, shows that it is possible to replace the clinical follow-up examinations recommended today with medical abortions that include a home pregnancy test. The other study shows that midwives can safely and effectively treat failed abortions and miscarriages in rural districts of Uganda.

The term 'incomplete abortion' is when there is residual tissue in the uterus following a failed abortion treatment or spontaneous abortion (miscarriage). This can result in bleeding and infection and is a potentially life-threatening condition that can effectively be treated with the medicine misoprostol. Misoprostol is a prostaglandin analogue that causes the uterus to contract and empty its contents.

Some 20 million abortions are performed illegally, and often unsafely, every year at global level. They lead to around 50,000 deaths making unsafe, illegal abortions one of the most common causes of death among women of fertile age. In Uganda there is a very restrictive policy towards abortions, which means that illegal abortions are common, with a large number of incomplete abortions as the result.

With funding from WHO, researchers at Karolinska Institutet and colleagues from Makerere University in Uganda have conducted a study that includes around 1,000 women from rural districts of Uganda. The women had visited the health centres with complications following failed abortions or miscarriages. They were selected at random for treatment with misoprostol from either a midwife or doctor. The women were given a dose of the drug in tablet form at the health centre. After a few hours they were sent home with antibiotics, pain-relief tablets and were instructed to seek medical attention if they developed a temperature, or had pain or vaginal discharge. When the women were examined after two weeks, around 95 percent of the treatments had been performed safely and effectively, and the figure was as high for the midwives as it was for the doctors. The women who still had residual tissue in the uterus were given surgical treatment.

“The study shows that midwives can safely handle the medicinal treatment of incomplete abortions in rural districts of Uganda with misoprostol”, said Dr. Kristina Gemzell Danielsson, Professor at the Department of Women's and Children's Health at Karolinska Institutet and Chief physician at the Department of Obstetrics and Gynaecology  at Karolinska University Hospital in Stockholm. “As the midwives far outnumber the doctors in Uganda and many other low-income countries, this increases the availability of treatment for incomplete abortions and miscarriages, which saves women's lives. The study will form the basis of new guidelines from the WHO, which will recommend that midwives be allowed to handle the treatment of incomplete abortions.”

The other study included some 900 women from Finland, Norway, Sweden and Austria, who sought medicinal abortion treatment up to nine weeks of pregnancy. They were selected at random to either book a follow-up appointment within one to three weeks, which is routine today, or to perform a home pregnancy test which measures levels of hCG in the urine after one to three weeks. When the women were followed up there was no difference between the groups in terms of effectiveness or safety.

“The study shows that it is possible to simplify the routines for medicinal abortions by allowing women to check the completeness of an abortion by perform a urine test at home. This increases the safety of medicinal abortions, as many women today fail to turn up to the follow-up visit. The study is expected to form the basis of new international recommendations from WHO and a change in clinical practice regarding medical abortions in Sweden and globally,” said Dr. Gemzell Danielsson.

This research was funded by the Swedish Research Council, Karolinska Institutet, Stockholm County Council, and Dalarna University, and the WHO provided technical support. First author of one of the current studies has been Marie Klingberg Allvin, researcher at Karolinska Institutet and Associate Professor and Pro Vice-Chancellor at Dalarna University. 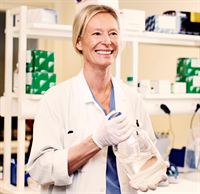