Study reveals the genetic start-up of a human embryo 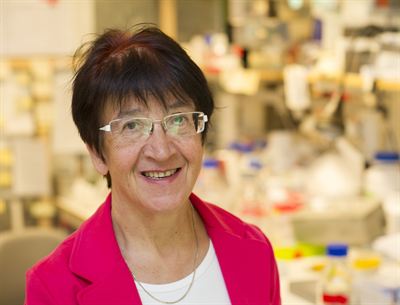 An international team of scientists led from Sweden’s Karolinska Institutet has for the first time mapped all the genes that are activated in the first few days of a fertilised human egg. The study, which is being published in the journal Nature Communications, provides an in-depth understanding of early embryonic development in human – and scientists now hope that the results will help finding for example new therapies against infertility.

At the start of an individual’s life there is a single fertilised egg cell. One day after fertilisation there are two cells, after two days four, after three days eight and so on, until there are billions of cells at birth. The order in which our genes are activated after fertilisation has remained one of the last uncharted territories of human development.

There are approximately 23,000 human genes in total. In the current study, scientists found that only 32 of these genes are switched on two days after fertilization, and by day three there are 129 activated genes. Seven of the genes found and characterised had not been discovered previously.

“These genes are the ‘ignition key’ that is needed to turn on human embryonic development. It is like dropping a stone into water and then watching the waves spread across the surface”, says principal investigator Juha Kere, professor at the Department of Biosciences and Nutrition at Karolinska Institutet and also affiliated to the SciLifeLab facility in Stockholm.

The researchers had to develop a new way of analysing the results in order to find the new genes. Most genes code for proteins but there are a number of repeated DNA sequences that are often considered to be so-called ‘junk DNA’, but are in fact important in regulating gene expression. In the current study, the researchers show that the newly identified genes can interact with the ‘junk DNA’, and that this is essential to the start of development.

“Our results provide novel insights into the regulation of early embryonic development in human. We identified novel factors that might be used in reprogramming cells into so-called pluripotent stem cells for possible treatment of a range of diseases, and potentially also in the treatment of infertility”, says Outi Hovatta, professor at Karolinska Institutet’s Department of Clinical Science, Intervention and Technology, and a senior author.

The study was a collaboration between three research groups from Sweden and Switzerland that each provided a unique set of skills and expertise. The work was supported by the Karolinska Institutet Distinguished Professor Award, the Swedish Research Council, the Strategic Research Program for Diabetes funding at Karolinska Institutet, Stockholm County, the Jane & Aatos Erkko Foundation, the Instrumentarium Science Foundation, and the Åke Wiberg and Magnus Bergvall foundations. The computations were performed on resources provided by SNIC through Uppsala Multidisciplinary Center for Advanced Computational Science (UPPMAX). 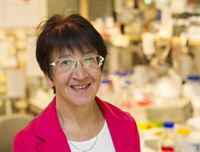