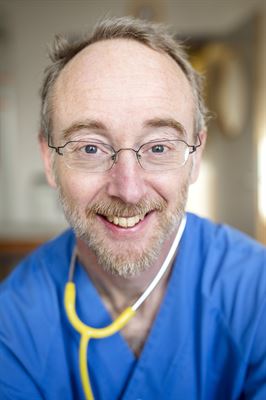 Two recent studies were unable to rule out that H1N1 (“swine flu”) vaccination (“Pandemrix”) and seasonal influenza vaccination given to pregnant women might be associated with autism spectrum disorder in the offspring. Now, a large study by researchers at Karolinska Institutet in Sweden, published in the journal Annals of Internal Medicine, refutes any such association.

Autism spectrum disorder is a neurodevelopmental childhood disorder characterized by impaired communication, lack of social skills and repetitive behavior. The disease has its onset in childhood.

Researchers from Karolinska Institutet, linked vaccination data in pregnant women from seven Swedish healthcare regions in 2009-2010 to the Swedish Medical Birth Register and the Swedish National Patient Register to identify autism spectrum disorder in the offspring.

The importance of vaccination research

Of the 39,726 vaccine-exposed children, 394 (cumulative incidence, 1.0%) had a diagnosis of autism spectrum disorder during the six-year follow-up compared with 330 (1.1%) among 29,293 unexposed children. Adjusting for potential confounders, H1N1 vaccine exposure during fetal life was not associated with a later childhood diagnosis of autism spectrum disorder (adjusted hazard ratio=0.95; 95%CI=0.81-1.12). Results were similar for vaccinations in the first pregnancy trimester.

“Our null findings are important since some people have suspected that vaccinations could cause autism, and the anti-vaccine movement seems to be growing in the Western world,” says lead author, Professor Jonas F Ludvigsson, pediatrician at Örebro University Hospital and professor at the Department of Medical Epidemiology and Biostatistics, Karolinska Institutet. “H1N1 vaccination has previously been linked to an increased risk of narcolepsy in young people, but vaccinating pregnant women does not seem to influence the risk of autism spectrum disorder in the offspring,”

He continues: “Vaccination research has never been more important. Anticipating a vaccine against COVID-19, millions of pregnant women are likely to be offered such a vaccination. While our research group did not study COVID-19 vaccine effects, our research on H1N1 vaccination adds to the current knowledge about vaccines, pregnancy and offspring disease in general.”

Adjusted for other factors

The researchers adjusted their analyses for such confounders as maternal smoking, height-weight, maternal age and comorbidity in order to minimize the influence of other factors that might explain any association between vaccination and autism.

Dr Ludvigsson coordinates a study on behalf of the Swedish IBD quality register (SWIBREG). This study has received funding from the Janssen corporation.