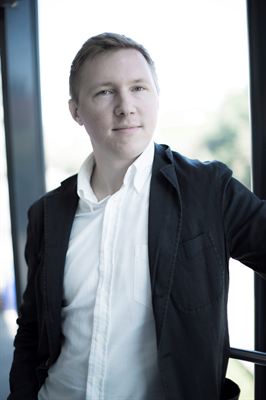 [PRESS RELEASE 2017-08-29] By combining new system-biological analyses and advanced data analysis, researchers at Karolinska Institutet have been able to monitor the maturation process of the immune system of leukaemia patients who have undergone stem cell transplantation. The technique, which reveals complex interactions between cells and proteins, can be used for other diseases to generate new knowledge about the regulation and dysregulation of the immune system, which can eventually give rise to new, improved immunological therapies. The study is published in Cell Reports.

Immunotherapy is a rapidly growing field in which the immune system of patients is manipulated in order to fight disease, and in which considerable progress in the treatment of cancer, above all, has been reported in recent time. One of the best-established and most effective immunological therapies is allogeneic stem cell transplantation for leukaemia, in which the patient’s own diseased bone marrow is replaced by healthy donor material. In some patients, however, the grafted immune system fails to mature properly, which can cause serious infection, undesired attacks on healthy tissue or a cancer relapse.

Using advanced analytical tools, researchers at Karolinska Institutet have now studied the maturation process of the immune system in 26 leukaemia patients receiving treatment at Karolinska University Hospital. They monitored the patients for one year after completed stem cell transplantation and used mass cytometry to study the different cell types of the immune system and the ProSeek method for simultaneous protein analysis. The analyses were then combined with modern machine learning techniques for data analysis, which enabled the integration of all data and global analyses of the entire immune system in blood.

“Previously, research has focused heavily on individual components, but the immune system is incredibly complex, involving many specialised cell types, and we think the important thing is precisely the interaction between these cells,” explains Petter Brodin, doctor and researcher at the Science for Life Laboratory (SciLifeLab) and Karolinska Institutet’s Department of Medicine in Solna. “Although such dynamic processes have been difficult to study due to technical limitations, it’s now possible thanks to breakthroughs in technology.”

Dr Brodin has led the present study, which has been able to identify patterns that can be linked to clinical complications in the patients. The technique is also applicable to other diseases involving the immune system, such as autoimmune diseases, allergies and infections. It is hoped that more and larger studies of the dynamics and regulation of the immune system will provide new clues that open doors to new therapies and more individualised treatments.

“This study can be seen as the first example of how extensive analyses and advanced data analysis, a concept we call precision immunology, can help us understand the function and dysfunction of the immune system and make the outcome of other immunological therapies more predictable,” he says.