New myocardial infarction test will free up thousands of beds 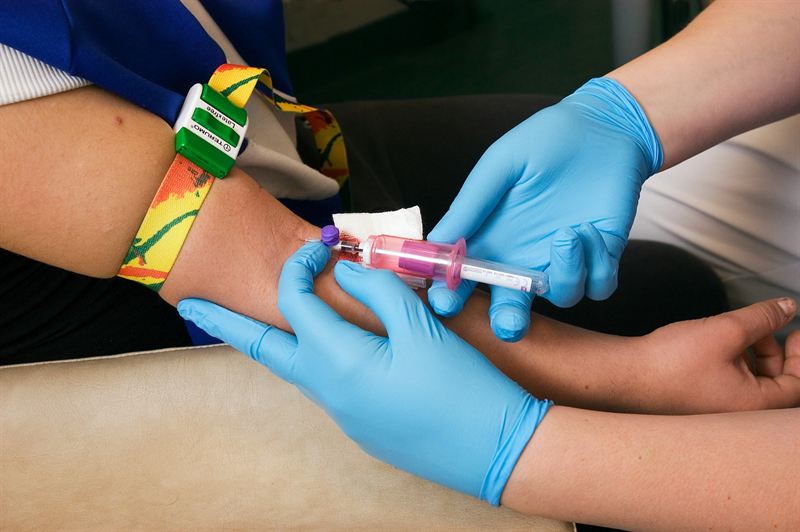 A simple blood test can rule out risk of myocardial infarction in a large portion of patients who present to the emergency room for chest pain, according to a new study carried out by Karolinska University Hospital and Karolinska Institutet. The study was presented in 2014 at a large cardiology conference in Washington D.C. Thanks to the reliability of the blood test, hospitalization will be unnecessary for thousands of patients, allowing substantial healthcare resources to be freed up for other patients. On a global scale, hospitalization will be unnecessary for millions of patients in the future.

In a study that included all 14,636 patients who presented to the Karolinska University Hospital emergency room for chest pain over a two-year period from 2010 to 2012, researchers investigated the concentration of high-sensitivity troponin T (hs-cTnT) in the blood. Almost 9,000 patients who had no detectable levels of hs-cTnT (

The researchers showed that the negative predictive value of the tests – the likelihood that the patients were not at risk – was 99.8 percent for myocardial infarction and 100 percent for death within 30 days. The results were independent of whether patients had risk factors for coronary vascular disease and independent of what time the blood sample was drawn in relation to onset of the first symptoms.  “Chest pain is a potentially life-threatening symptom, but it is also very common among emergency room patients,” says Nadia Bandstein, PhD student at Karolinska Institutet and resident physician at the Emergency Department, Karolinska University Hospital, Huddinge, who is one of the researchers behind the study.

“We estimate that about 100,000 patients annually present to emergency rooms in Sweden for chest pain. The total corresponding figure for the US and Europe combined is about 15 to 20 million patients. Since there is no well-established method to quickly rule out myocardial infarction, many patients are unnecessarily admitted to the hospital,” says Nadia Bandstein.

According to Nadia Bandstein, this is the first major study that specifically investigates the use of hs-cTnT to predict risk of myocardial infarction.  Measuring hs-cTnT is much quicker and more sensitive than older methods. Current guidelines recommend analysis of hs-cTnT at least three hours after onset of pain, which usually means that patients need to be admitted to the hospital for a second blood test and further assessment. “Our study shows that only one hs-cTnT blood sample needs to be drawn, which allows the patient to be discharged directly from the emergency room, instead of being admitted to the hospital,” says Nadia Bandstein. “If we use this blood test together with an ECG, we can avoid admitting 20-25 percent of patients whom we currently hospitalize.”

Average age of patients in the study was 47 years and 53 percent of them were women. During the 30-day follow-up period, 39 of 8,907 patients were diagnosed with myocardial infarction, and 15 of them had a normal ECG. According to the researchers, this means that only one in 594 patients presenting for chest pain with an undetectable hs-cTnT on the initial blood test and a normal ECG is at immediate risk of heart attack.

The study was presented on Sunday at the American College of Cardiology Annual Scientific Meeting in Washington D.C. and was simultaneously published online in the organization’s periodical JACC, one of the most prestigious publications in cardiology.