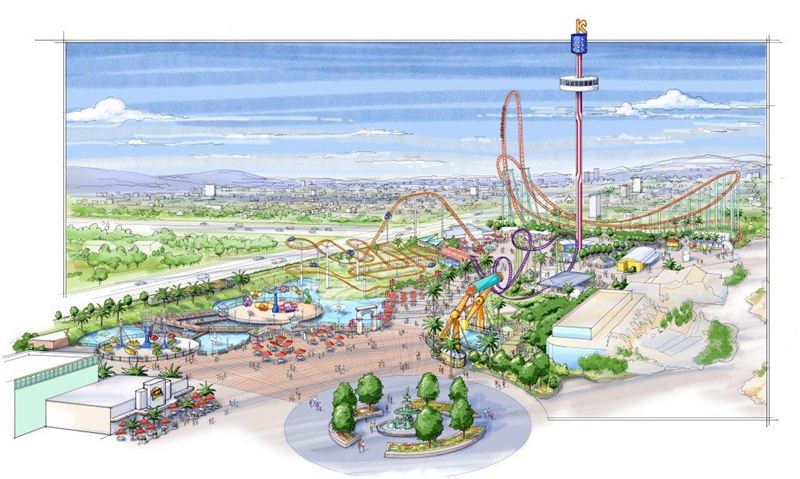 BUENA PARK, CA – In their continued efforts to re-invest in their property and enhance guest experience, Knott’s Berry Farm will debut new family attractions to the theme park’s Boardwalk section during the summer of 2013. This multi-million dollar development will include three attractions designed for families. The area will further enhance the feeling of strolling down a colorful California Boardwalk fun zone filled with amusements, games, and fun food offerings.

Additions to the Knott’s Boardwalk Area will include:

The 52 foot ascent to the top of Coast Rider will have everyone clinging to the handrails for the ultimate family coaster experience. The adventure aboard the ride gives guests the feeling of riding the California coast, but once they reach the crest, it is a harrowing journey down the 1,339 feet of track filled with hairpin turns, twists and spins.

Taking the ride into their own hands, guests will pilot their own Surfside Glider. From a height of 28 feet, these two-man aircrafts zip through the air providing a bird’s eye view of the Boardwalk area as they glide over Boardwalk Bay.

Everyone will be caught in the spin of the Pacific Scrambler, a family favorite and traditional Boardwalk attraction.

To take advantage of all the new offerings and experience all of Knott’s Farm Fresh Fun, the park is selling 2013 Season Passes for only $66.99 or 6 easy payments of $11.16 for a limited time. As a Season Pass holder guests receive:

To purchase passes and find additional information on all Knott’s Berry Farm has to offer, visit www.knotts.com.