After demand peaked in 2016, the AD industry has, as expected, slowed in 2017 after the announcement of the new elections by Prime Minister Theresa May.

BioConstruct GmbH had one of it’s busiest years in 2016 with many large and complex AD projects required in narrow time frames as well as ongoing completion works and commissioning of newly built facilities. Construction has been completed at food waste plants in Imperial Park and Hartlepool (both 5 MW el.) as well as a 3.5 MW el. project in Brocklesby, which are currently within their trial runs and in the process of being biologically “ramped up” or already taken over. 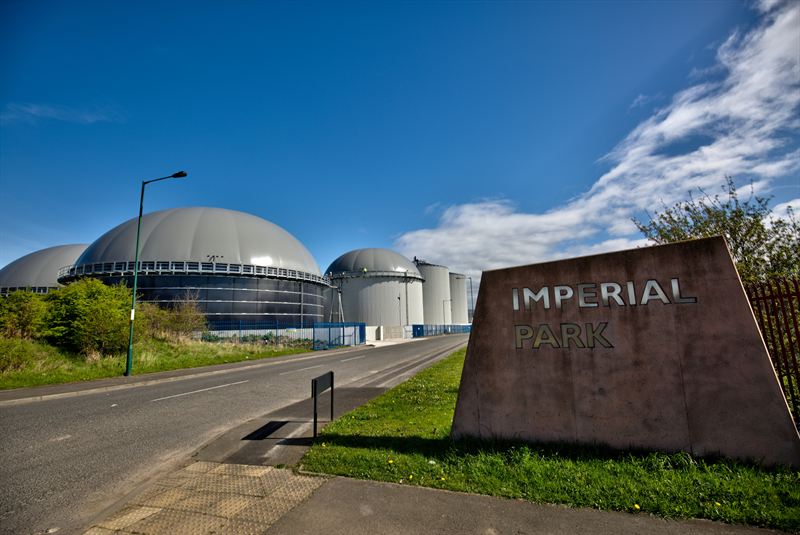 BioConstruct also have agricultural projects under construction in the UK; An 800kW el. plant near Birmingham will be using agricultural waste as feedstock, whilst in the South of England straw, which will undergo a “steam explosion” treatment, will be fed into the plant. The steam explosion system ensures straw is usable for the AD process, causing cellulose structures to open and extract the conserved energy for bacteria to produce gas.

Our servicing and operations company, BioConstruct NewEnergy, has also had increased demand, with 14 of our existing UK AD plants now producing biogas.

BioConstruct is confident that, once new RHI legislation is in place, the demand for biomethane injection plants will peak again. The completed Mansfield facility has been successfully running for 15 months and is producing approximately 1,000nm3 of raw biogas per hour, with 800nm3 being upgraded to biomethane and injected onto the grid. The remaining biogas is utilised in an on-site CHP which meets all of the electricity and heat needs of the site; There is a “zero electricity injection” rule on site, so it is important the CHP electricity production is never higher than the plant’s consumption.

In addition to new gas-to-grid projects, BioConstruct have been working with high heat and electricity consumers, designing and installing facilities that work with their abundant feedstocks, such as an abattoir in Telford, which was completed in 2016.

BioConstruct will participate at the UK AD & Biogas and World Biogas EXPO 2017 in Birmingham from 5-6 July at stand J201.

About BioConstruct
BioConstruct headquarterd in Melle (Lower Saxony) is one of the leading providers for turnkey biogas, wind energy and photovoltaic projects in Europe. Since its founding in 2001, the enterprise has implemented more than 300 renewable energy projects in Germany, Great Britain, Greece, Italy, Czech Republic, Latvia, Estonia, Turkey, France and the Netherlands. With extensive expertise in plant engineering, project development, process engineering, financing, funding and approval, BioConstruct works side-by-side with its partners from the feasibility study, to technical planning, construction of the plant and commissioning, and after-sales service. The general contractor for renewable energy develops custom-tailored complete solutions for farmers, project developers, municipalities, co-ops, public utilities, and landowners. In addition, BioConstruct operates 21 of its own plants. The company has approx. 90 employees at the headquarters site in Melle, and earned turnover of approx. €60 million in 2016. 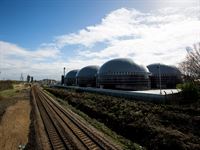