”Passage” has arrived at its home port! 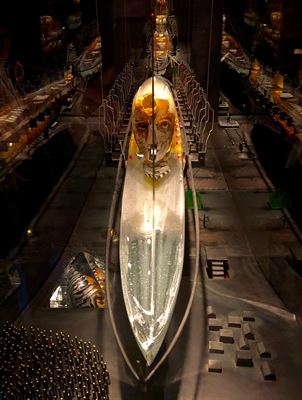 On Friday the 27th of April 2018, after a two year journey, “Passage”, Bertil Vallien’s ”One Million Dollar Boat” found its home port in the Flint Institute of Arts in Michigan (USA).

Bertil Vallien's masterpiece Passage was created to honor Sweden's oldest glassworks and pay homage to its 53-year partnership with the artist by providing an unbridled opportunity for him to create his legacy piece.

With this project, Bertil Vallien is portraying the mythology of the history of the world, from birth to death. It depicts, from the virgin princess to the mummification, the individual who wants to be immortal and live forever in time.

Bertil Vallien’s focus on looking inward is achieved in myriad ways, one of which is his unique glassmaking technique. A leader in the Swedish glass industry for more than 40 years, Vallien formulated his own method for casting glass in sand that creates depth and radiance in the material. Artworks are driven not by their final appearance—although their visual impact is stunning—but rather by their content. Vallien’s preparatory sketches are carefully considered blueprints of both the external form and the inner details. Layers—both physical and psychological—are created through a multistep process. Surface textures result from the imprint of objects placed on the walls of the mold, which are also dusted with powdered metal oxides to release color. As the molten glass is poured into the mold, Vallien incorporates a variety of objects from sheet metal and glass threads, to figures and other colored forms. Once the glass cools, the suspended animation reveals itself in full glory. Light reflects off the brilliant surfaces and assorted angles of the perimeter, but more dramatically it emanates from within.

Vallien's expression in art glass
Vallien has said that “knowing the exact moment at which to capture a shift of light or expression and wrench the secret from the glass is what it is all about.” Just as his technical approach unearths internal “secrets,” so his visual motifs are explorations of the subconscious. The artist is motivated by various things—from stories he hears on the news, to people he has met, to his religious upbringing and questions about faith, to wars both historical and contemporary. Despite these concrete inspirations, the work is not meant to pose facile questions with prescribed answers. Vallien’s art embraces this idea, transforming the events and experiences that inspire him into universal archetypes and symbols, upon which viewers layer their own perspectives. A shifting “truth” is created when two spirits—that of the artist and that of the viewer—coalesce.

Bertil is internationally renowned, holds several design and art awards, and his work is represented in the most prestigious museums around the world. Thus, we are honored to unveil Passage, perhaps Bertil Vallien's most awe-inspiring and majestic masterwork.
- Donna Davies, Vice President, Art Group of Urban Expositions

Orrefors Kosta Boda AB is a design company in the Swedish province of Småland that designs and makes high-quality utility glassware and art glass. We develop, produce and sell a wide range of utility and art glass for private and public use under the brands Orrefors and Kosta Boda. We are the largest glassworks group in the Nordic countries with a history dating all the way back to 1742.

The glasswork in Kosta constitute the heart of our business. A genuine glasswork environment close to the craftsmanship and the designers. In Kosta we also run extensive tourism and events operations that attract more than one million visitors each year.

Since 2005, Orrefors Kosta Boda AB has been part of New Wave Group, which works with several brands in the consumer and corporate market in the areas of sport, leisure, furnishings and gifts. New Wave Group is listed on the NASDAQ OMX Stockholm exchange. 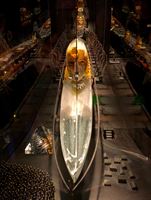 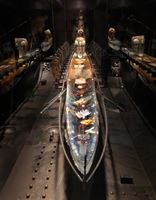