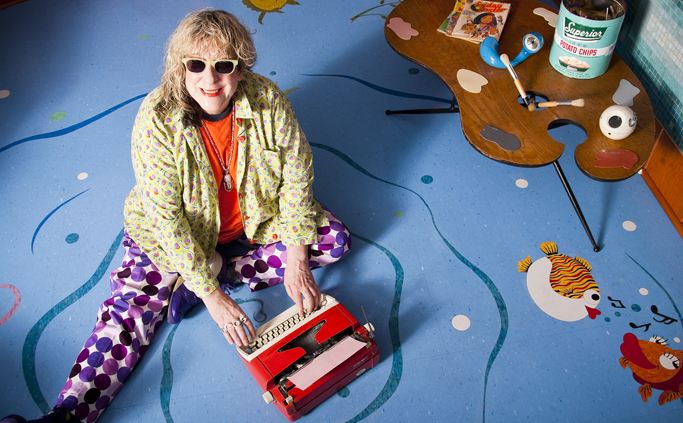 Los Angeles, CA – As Facebook became the biggest technology IPO offering in history on Friday, it’s hard not to reflect back to 1992, on what was dubbed the first social network in cyberspace. Created by Grammy-winner and Internet pioneer Allee Willis, with Mark Cuban onboard as CEO, Willisville was an extensive, interactive, story-driven online social world. Even though today’s media outlets and pop culture thrive off of public feedback via social networks, most teens and 20-somethings have no idea that ideas for social networking existed eons before Facebook, Myspace and Twitter.

With the first web page being created in 1991, Willisville combined social networking, traditional pop media, commerce, games, collaboration and information. As a GRAMMY, Emmy, Tony and Webby Winner and Nominee, Willis was the first pop artist who evangelized using the Internet as a social network, a driving force to juxtapose all of her creative expressions into one medium interface and share it with the public. Users could share ideas, connect with each other, and become members of a cohesive community for the first time in cyber history.

In 1993, Willis joined forces with award-winning producer and multi-media artist Prudence Fenton (Disney’s Emperor’s New Groove II, MTV's Liquid Television creator, and Grammy winner for Peter Gabriel's Steam video) to continue work on Willisville. Cuban, who later became owner of NBA team Dallas Mavericks and the first to introduce streaming events and audio to the web, was at the helm as CEO. In a 1994 article, Cuban praised the concept saying, “The business potential for Willisville is huge… This might just become the fourth new form of mass entertainment, in the line of television, film and radio.”

The group was constantly approached by, and consulted for technology big-timers, including AOL, Microsoft, Silicon Graphics, Fox, Warner Bros., Disney and Intel.

In 1995, Intel went on to fund a Willisville prototype, though much to their dismay, the move turned Willis and Fenton into art and music directors for technologies Intel had previously invested in. A year later, FORTUNE Magazine quoted Intel’s then Vice President for Corporate Business Development, Avram Miller sharing his thoughts on the venture, “We are witnessing the creation of a new medium, which may in fact have more impact on the evolution of world culture than anything short of a book.”

Ultimately, the futuristic Willisville was simply ahead of its time. The overwhelming creativity and ideas that were the essence of Willisville and are at the core of sites such as Facebook, could not be supported by the available technology of the early 1990’s. Now fast-forward to last Friday, where Facebook’s record-breaking IPO is clear proof to how far we have come.