Lantmännen Agroetanol and E.ON reaches agreement to strengthen circularity at the eco-industrial park in Norrköping 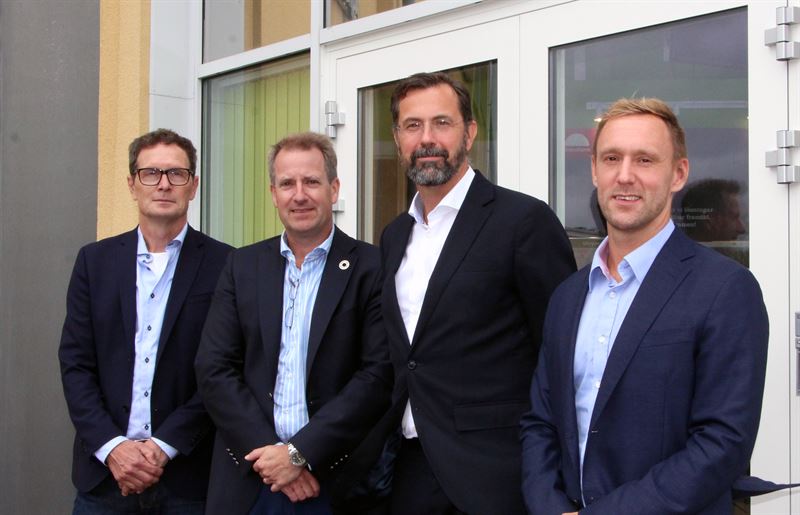 Lantmännen Agroetanol has signed an agreement with E.ON for the continued supply of process steam to the biorefinery in Norrköping. The 20-year multibillion agreement imposes high standards on the rendering and climate performance of the process energy.

“We are extremely pleased to receive this continued vote of confidence. Our partnership is an exceptional example of a circular industrial economy, something we are incredibly proud of,” says Per-Anders Tauson, Director City Energy Solutions at E.ON.

The new agreement comprises 500 GWh of steam, which corresponds to half the district heating needs of a city the size of Norrköping. The agreement has been reached between two companies with high aims when it comes to sustainability. Lantmännen Agroetanol, the largest biorefinery in the Nordics, that refines grain and waste products into ethanol fuel with up to 98 percent lower CO2 emissions than fossil fuels. In addition to biofuel, carbonic acid, animal feed and fertiliser are also produced in the process.

“Our aim is to drive the energy reset in Sweden by streamlining, recovering and sharing sustainable energy. Our partnership with Lantmännen Agroetanol is an exemplary example of how the smart use of energy and resources can create both environmental sustainability and economic growth,” says Per-Anders Tauson.

Lantmännen Agroetanol CEO Lars-Gunnar Edh, agrees and emphasises that the companies have found common ground in their sustainability work.

“This new agreement is of great importance enabling us to make future investments. A continuous and long-term supply of sustainable green process steam is key to our future investments. Having said that, circular thinking and renewable energy are already self-evident components of our production,” says Lars-Gunnar Edh.

Lantmännen Agroetanol and E.ON are members of the Municipality of Norrköping Händelö Eco-Industrial Park partnership, that leverages synergies between energy companies and process industries. The E.ON combined heating plant, that supplies process steam for Lantmännen Agroetanol’s production, is based on societal waste to energy. The carbon dioxide that is formed during production, is converted into carbonic acid for use in the food industry, while waste products from the production of ethanol are converted into biogas and fertiliser.

According to Norrköping Municipal Commissioner Olle Vikmång, the new agreement is a cornerstone of the industrial park. He now hopes more companies can be persuaded to become part of the Eco-Industrial Park.

“I am convinced that creative industrial companies such as E.ON and Lantmännen Agroetanol have shown that you can run a successful business and at the same time make sustainability a key focus. These industrial symbiosis partnerships in the sustainability area will play a key role in reaching very tough environment targets,” says Vikmång.

About Lantmännen Agroetanol
Lantmännen Agroetanol is the largest biorefinery in the Nordic region and part of Lantmännen, an agricultural cooperative owned by 19,000 Swedish farmers with operations throughout the entire value chain from field to fork. We primarily refine grain at our plant, plus other raw materials such as starch rich residuals from the food industry. Doing so, we take clear responsibility, close the cycle and contribute to a circular economy.