Could 2013 be a Lucky year for New Year’s Resolutions? 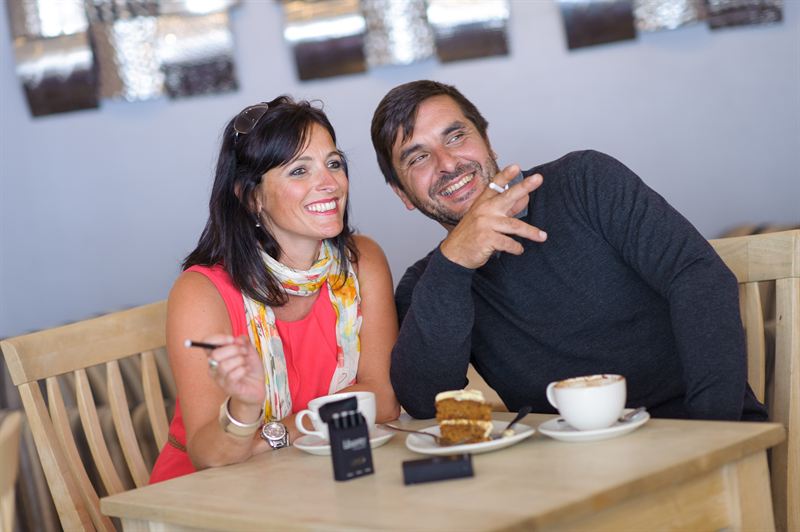 This is the time of the year when most of us are rubbing our hands in glee at the prospect of enjoying a relaxing Christmas holiday – packed full of rich and indulgent food and drink, celebration and merriment!  In fact, New Year’s resolutions are so far from our minds that it comes as a bit of a shocker to remember that 1stJanuary 2013 is just one week after the big F.C. and his reindeers come to town!

However, according to new research*, many Americans have already decided on what goals they will be setting themselves and, unsurprisingly, their top four stated resolutions for 2013 mirror what they were in 2012: become fitter; improve financial condition; improve health and lose weight. Sound familiar anyone?!!

Two new resolutions have made it into the USA’s top 10 chart: ‘become more educated’ and ‘improve work habits/career situation’. The report puts this renewed focus on education and career down to the fact that consumers are feeling more confident about the economy.

But for many of us here, our top resolution will be to stick to our New Year’s resolutions!  Research indicates that within four weeks the majority of us have given up altogether; in fact, for 25% of us it takes less than one week to admit defeat**, and the average dieter will give in to old habits after just 15 days!***

However, if you set yourself gleaming new goals at the beginning of 2012, which you will be polishing up for a re-run in 2013, do not feel disheartened – a New Year’s resolution survey**** commissioned by a leading electronic cigarette brand, Liberro, earlier this year indicated that we are getting better at sticking to positive change!

Clinical Psychologist, Dr Adam Orchard, commented: “The Liberro survey supported the general trend that we are getting much better at conquering our personal goals.

“We know that people are more likely to stick to their resolutions if they have social support, and in today's connected world this is easier than ever before because even if you are not physically close to friends and family, you can be in constant communication with them via online social networks.”

Dr Orchard explained: “This will inevitably help success rates – when you are feeling tempted to give in you simply update your status and sit back to receive words of encouragement from your online community. Likewise, when you report on successes you will benefit from a proverbial pat on the back with people 'like'-ing your progress reports and sending positive comments.”

44% of those whom Liberro questioned agreed that using the support of friends and family via social networking groups, such as Facebook and Twitter, does make it easier to stick to New Year’s resolutions. In fact, 40% of those surveyed have themselves benefited from this support net.

Dr Orchard commented: “Traditionally New Year’s resolutions fail because people aim too high.” According to Liberro’s survey, women are more likely to make a resolution than men, but are less likely to stick to their guns.

When listing resolutions that have been tried and failed over the years, ‘eating healthier’ topped the list and nearly a third (31%) of those who have tried to ‘quit smoking’ in the past did not succeed. ‘Go to the gym’; ‘cut back alcohol’; ‘be more understanding towards others’; ‘stop complaining’ and ‘have more fun’ also made the top ten list of previous resolution failures.

“Expecting to lose 7lb per week would be unrealistic, as well as questionable in terms of your health!” said Dr Orchard. “Smoking ‘quitters’ who put pressure on themselves to go from twenty a day to zero are far less likely to succeed than those who take smaller, more achievable steps.”

90% of all surveyed by Liberro agreed that ‘making small changes to achieve my goal is more effective than making dramatic changes’ and 44% agreed that ’switching to tar-free electronic cigarettes sounds more appealing than giving up smoking altogether’.

“One way to reduce the harmful effects of tobacco smoking and achieve your ‘quit smoking’ resolution is to begin by substituting just one traditional cigarette per day with a Liberro e-cigarette. This can gradually be increased over time until you have given up smoking tobacco cigarettes for good.” explained Dr Orchard.

“People are beginning to realise that small steps do lead to big change. Breaking down your goal into achievable steps is a much more effective approach to achieving real change in your life than attempting to make a drastic transformation.

“If you alter your life too dramatically you will automatically struggle to adjust and immediately find yourself too far outside your comfort zone. Making a small adjustment then waiting until you have fully adapted and feel totally comfortable before making another is a much more effective strategy. It allows you to be accustomed to the new you at each stage of transition.

“Encountering a setback is one of the most common reasons why people give up on their New Year's resolutions. If you suddenly relapse into a bad habit, don't view it as a failure. The path towards your goal is not a straight one, and there are always going to be challenges. Instead, view relapses as learning opportunities.

And remember, when you start to make change that works, you will benefit from more than just the benefits the change itself brings. There are various psychological and emotional benefits to achieving goals that you set for yourself – you become empowered to build confidence in all aspects of your life and it reminds you that you are the one in control of your life.”

So, make 2013 the year of real change and get ready to welcome a brand new you!

Liberro is a leading UK electronic cigarette company that sells disposable electronic cigarettes, starter packs, liquids and consumables through the internet (www.liberro.co.uk). Products are also sold through some outlets and a new Liberro shop in Buntingford.