These are the finalists in Swedish international competition for female composers

The three finalists in Linköpings Studentsångare Composition Award 2020 are Ingunn Ligaarden and Linnea Landström, both from Sweden, and Maria del Pilar A. Miralles Castillo, from Spain.

– The musical level of this years finalist pieces is very high. These are three pieces which both complement and enrich our musical repertoire. The music, in different ways, touches and inspires curiosity in the listener. For the singers of the choir, as well as for me as a conductor, it is a joyful experience to dive in, explore, and experience the music created by these three finalists, says Christina Hörnell, Director Musices of Linköping University and conductor of the choir.

The international interest in the competition has been higher than ever before, with 26 participants from 14 different countries. The pieces written in the competition are meant to stimulate renewal and enrichment of the modern male voice choir music.

The finalists highlight challenges in the society of today

Ingunn Ligaarden lives in Sturefors, just outside Linköping, Sweden. Her piece is a composition of two poems by Emily Dickinson, meant to inspire hope in the listener.

– Hope is a word that has been with me since last summer, both because of a personal need and because I believe we have a sincere need for hope in our time, with the big challenges we need to face, including the challenge of climate change. With this piece I want to reach out with hope to all listeners who struggle in life in different ways, says Ingunn Ligaarden.

The second finalist is Linnea Landström from Örebro, Sweden. She also chose to compose music to a poem by Emily Dickinson.

– When I decided to participate in this competition, I knew I wanted to write about vulnerability. Tender words and tones directed towards men. I have tried to capture the nakedness and vulnerability in the poem by Dickinson, and I saw an opportunity to create something different for male voice choir than drinking songs and songs about lovely women, says Linnea Landström.

– The piece opposes chords with the darkest and the brighter sound in different moments, as well as static and dynamic sections throughout the entire work, all of this due to the contraposition that the lyrics present: the text can be understood as an irony related to the current situation of reality observed from our usually comfort lives, says Maria del Pilar A. Miralles Castillo.

Linköpings Studentsångare Composition Award 2020  is the second installment of the competition for female composers writing music for male voice choir. The first installment took place in 2016. The winner of the competition, recieving the grand prize of 50 000 SEK, will be revealed during a concert in Linköping on April 18, where the choir will sing the finalist pieces together with other music from their repertoire.

Linköpings Studentsångare curate and evolve the traditions of Nordic male voice choir music, and work actively to include music written by both male and female composers. The repertoire is large and broad, including classic male voice choir music and contemporary works, and the choir is often collaborating with other choirs both male, mixed and female. Linköpings Studentsångare were founded in 1972 by the name Lihkören. The choir act as ambassadors for Linköping University through concerts and tours both in Sweden and abroad. 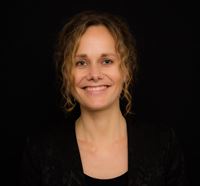 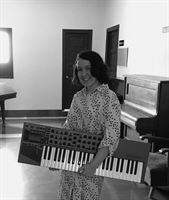 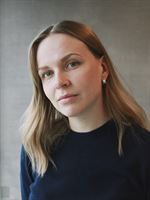