The Austrian corporation Hirsch Servo Group is the Europe sponsor of the 2500 kilometres Cycle4Europe bicycle event, which is arranged by Swedish Loza Foundation in support of the most vulnerable people in some of the poorest countries in Europe.

“Loza Foundation helps people in countries not far from Austria. We are proud and happy to support their work and Cycle4Europe,” says Harald Kogler, CEO, Hirsch Servo Group. 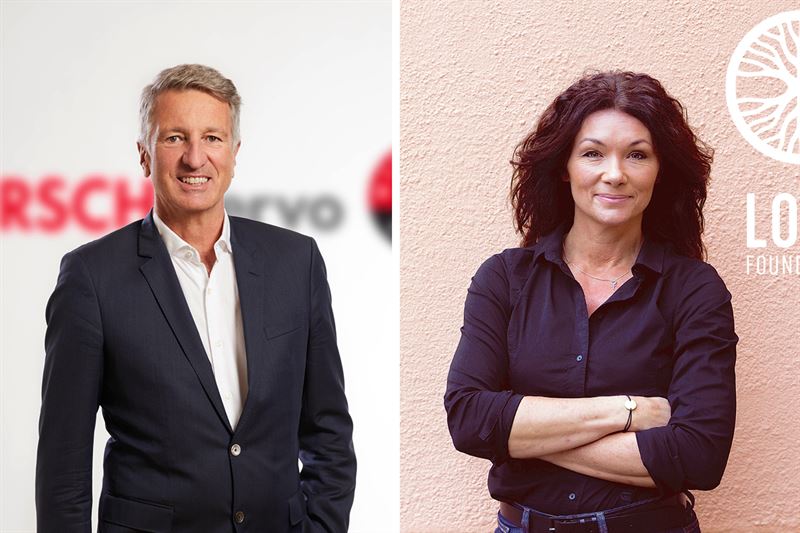 The Austrian corporation Hirsch Servo Group is the Europe sponsor of the bicycle event Cycle4Europe, which is arranged by the Loza Foundation and BEWiSynbra. During two intense weeks the riders will bike 2500 kilometres from Skopje, North Macedonia, to Varberg, Sweden. The stages run through some of the poorest areas in Europe to highlight the Loza Foundation and raise money for their charity work.

“Many people live in inhumane conditions in countries not far from here. The Loza Foundation work to change that and they have opened our eyes,” says Harald Kogler, CEO at Hirsch Servo Group's office in Glanegg in southern Austria.

Hirsch Servo Group produce EPS insulation and packaging as well as EPS machinery. Their sponsorship will be extra visible during the Cycle4Europe stages through Austria and Germany.

“Our products are sold in seven countries and we have 20 production plants in Central Europe. We also work closely with BEWiSynbra from northern Europe, so we really look forward to be a part of Cycle4Europe,” says Harald Kogler.

“To have a major corporation as the Hirsch Servo Group as a sponsor is great. It shows that our work affects everybody, regardless of where in Europe they live. Through Cycle4Europe we can make more people aware of the conditions for some the poorest citizens in Europe and raise money to help orphaned children and many more,” says Sabina Grubbeson, founder of Loza Foundation.

“What Loza Foundation does is amazing. We are happy to support them,” says Martin Bekken, CEO of BEWiSynbra Circular.

He is also one of the founders of Team BEWiSynbra, that cycles for different charities every year. During Cycle4Europe the team is re-enforced by the World and European triathlon championship medalist Jonas Colting and Tommy Prim, runner up of Giro d'Italia, who will join on the last stage.

Loza Foundation works for the most vulnerable people in the poorest countries of Europe. The foundation was founded in 2017 in Sweden. In collaboration with the local population we take concerted action within institutions for people with mental health issues and physical disabilities, at orphanages and other operations for women and children that are particularly vulnerable.