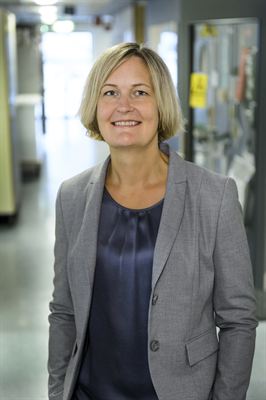 Is it possible to convert a patient’s own skin cells into functioning nerve cells? Or insert healthy genes to reprogram the cells of a damaged brain? Stem cell researcher Malin Parmar at Lund University in Sweden is studying these types of issues, in close collaboration with clinical researchers. She is now awarded a prize of SEK 100 000 from the Eric K. Fernström Foundation for her work.

Every year, the Fernström Foundation presents one large Nordic prize (which will be announced later in September) as well as local prizes to researchers at the six faculties of medicine in Sweden. Malin Parmar has received Lund University’s local prize for her studies on how to repair a brain that has suffered damage due to, for instance, Parkinson’s disease, with the help of advanced methods.

Her work involves three different aspects of research:
- making stem cells develop into dopamine-producing nerve cells, which can be inserted into the brains of patients who suffer from Parkinson’s, and thus have low levels of the signal substance dopamine
- reprogramming skin cells directly into dopamine cells, without having to go through a stem cell stage
- inserting genes into the brain to perform such reprogramming on the spot, and making, for example, glial cells (a type of connective tissue) convert into dopamine cells.

“I believe in all three methods. They each have their advantages and disadvantages, and very different time perspectives”, she says.

The first method will also be the first to be tested, in which stem cells, that have been cultivated in a lab, will be made to transform into dopamine cells to be transplanted into the patient’s brain. Trials with human patients are expected to begin within two years.

A characteristic feature of stem cells is that they love to divide and create new cells. This is both an advantage and a disadvantage in this context. The advantage is that it is easy to obtain large quantities of cells to transplant. The disadvantage is that the division must be monitored carefully, so as to not have the process take off in an uncontrolled manner, similar to what happens in cancer.

“Therefore, before the method can be applied on a larger scale, we need to conduct major and time-consuming safety trials, which can be expensive”, says Malin Parmar.

The second method does not have the same disadvantage. Here it is possible to take skin cells from patients themselves – cells that could be directly converted into dopamine cells. There would then be no cell division and therefore less risk of uncontrolled development. Furthermore, by using the patient’s own cells, the risk of rejection is minimal.

A few years ago, Malin Parmar’s group became the first in the world to successfully reprogram skin cells into nerve cells. Because the technology is so new, a clinical application of the method is further ahead: it might take 8–10 years before the method is ready to be tested on patients.

The third method does not involve a transplantation of cells; rather, it is about inserting healthy genes into a diseased brain. In other words, the transformation does not take place inside a test tube, but in the actual brain. Malin Parmar’s group was first to successfully perform this as well.

“Through animal testing, we were able to show that it is possible to reprogram glial cells (a type of cell that is found in large quantities in the brain) into nerve cells”, she says.

However, the former glial cells are not to become just any cells, but specifically dopamine-producing nerve cells. It is impossible to say if and when it this development can be controlled.

“It could be six months, but possibly also 20 years! However, if we succeed, the other part of the work does not have to be all that difficult”, says Malin Parmar. Gene therapy – i.e. inserting healthy genes into diseased cells in the body with the help of a harmless virus – is a method that is already used to treat different genetic diseases.

The prize awarded by the Fernström Foundation will be presented to the Lund researcher during the popular science event “Research Day” in Lund on 2 November.