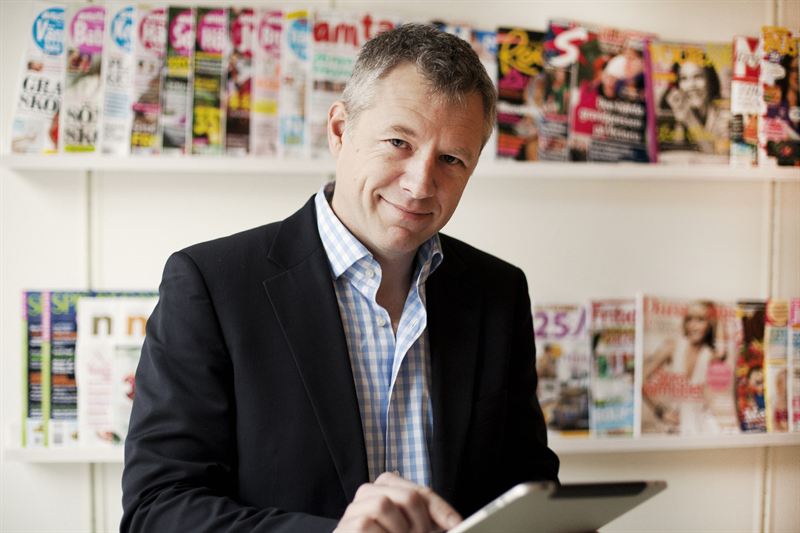 LONDON, April 16, 2012– Mag+, maker of the publishing industry’s most dynamic mobile media platform, today announced Gregg Hano has been named as the company’s chief executive officer effective May 7. Hano succeeds co-founder, Staffan Ekholm, who will return to Stockholm to focus on international expansion and business development.

“Gregg has been a visionary and evangelist for the mobile digital publishing industry since before it was an industry and in many ways he’s been part of the Mag+ team from the very beginning,” said Ekholm. “He’s the perfect person to take Mag+ to the next level and accelerate its growth far beyond the publishing industry.”

Hano’s publishing career spans nearly three decades. He joins Mag+ from Bonnier Corporation, where he served most recently as senior vice president of corporate sales and the Bonnier Technology Group. Before that he was vice president and group publisher for the Bonnier Technology Group, which includes Popular Science, Popular Photography, American Photo and Sound + Vision magazines.

He was the driving force behind making Popular Science one of the first publications to be available on the touch screen tablet. The critically acclaimed Popular Science app debuted along with the first-generation iPad in April 2010.

“Our goal with Pop Sci was to define the future of digital publishing as a viable and profitable business by offering our readers something new, exciting and different,” said Hano. “Mag+ was the springboard that made it possible. The platform lets content creators focus on what matters most – content – and fully take advantage of this amazing ecosystem. This is the future of publishing and I’m excited to be a part of it.”

Hano is a strong advocate for transparency and commercialization of the digital publishing business. He has played a critical role in helping to standardize the way circulation and other success metrics are measured. In 2011 he worked with the Audit Bureau of Circulation (ABC) to launch the first Consolidated Media Report. He was also a member of the Association of Magazine Media (MPA) Tablet Metrics Task Force, which announced voluntary measurement guidelines earlier this month. These guidelines provide understanding and clarity for the advertising community, which Hano believes are important for the long-term health of and growth of the industry.

Bonnier Corp. (www.bonniercorp.com) is one of the largest consumer-publishing groups in the United States and is the leading media company serving passionate, highly engaged audiences through magazines, events, digital media and leading-edge products.

Mag+ (www.magplus.com) is the most flexible and efficient platform for publishing creative content on touch screen tablets and smart phones. Mag+ premiered on the first iPads in April 2010 with the award-winning Popular Science+ application and now supports more than 300+ apps from publishers and creatives around the globe including Mad Magazine, Hemispheres (United Airlines), Toyota, WebMD, Outside, Marie Claire and IDG. With its streamlined production system, powerful backend and feature-rich design framework, Mag+ is ideal for anyone — from magazine and book publishers to catalogue marketers and design agencies — wanting to bring beautiful, immersive content to the millions using this new generation of digital devices.