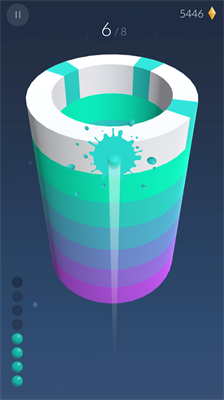 MAG Interactive today announced that their latest mobile game, Paint Hit, has already reached more than one million downloads on the App Store and Google Play. Shortly before the game’s announcement at the beginning of June, Paint Hit download numbers skyrocketed, surpassing the one million download mark just one day after the official launch. At the moment it holds the #1 spot on the Google Play casual games chart in the USA.

“We are known for our strong presence in the word and trivia games categories, but the successful launch of Paint Hit proves that we were on to a really interesting concept within the hyper casual games market,” says Daniel Hasselberg, CEO of MAG Interactive. “We are blown away by the results after the launch and can’t wait to see how far Paint Hit will go.”

Thanks to MAG’s product development process’ focus on early user and market testing, the strong potential of the Paint Hit concept was discovered quickly and it was decided to speed up the launch schedule and release the game worldwide after a very short testing period. This is the second global release from the company in two weeks, with both Paint Hit and Word Domination games showing strong results across mobile stores.

In Paint Hit players shoot paint balls to color spinning towers over hundreds of increasingly challenging levels. With each paintball throw players colour a part of the tower, making it increasingly difficult to hit uncoloured portions with the next attempt. If a shot lands on an area of the tower that they’ve already painted, they lose the round. Additionally, players must face a boss tower every few levels that pushes their accuracy skills to the limit and makes victory taste that much better. Fast-paced, frantic painting fun is balanced out with calming ambient music - perfect for concentrating on that critical clean shot in this super casual game.

MAG Interactive AB (publ) is a leading Swedish developer and publisher of casual mobile games for a global audience. The company reaches over 10 million monthly active players with a portfolio consisting of ten successful games that have generated over 200 million downloads in total. The most successful titles like Ruzzle, Quiz Duel and WordBrain have all reached #1 spots on the App Store and Google Play. With offices located in Stockholm and Brighton, MAG Interactive’s games are distributed through virtual app stores allowing for global reach. MAG Interactive is listed on Nasdaq First North Premier with ticker MAGI. Avanza Bank AB is acting as MAG Interactive's Certified Adviser. For more information visit www.maginteractive.com. 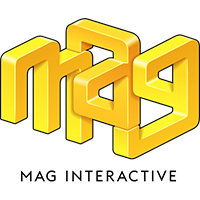