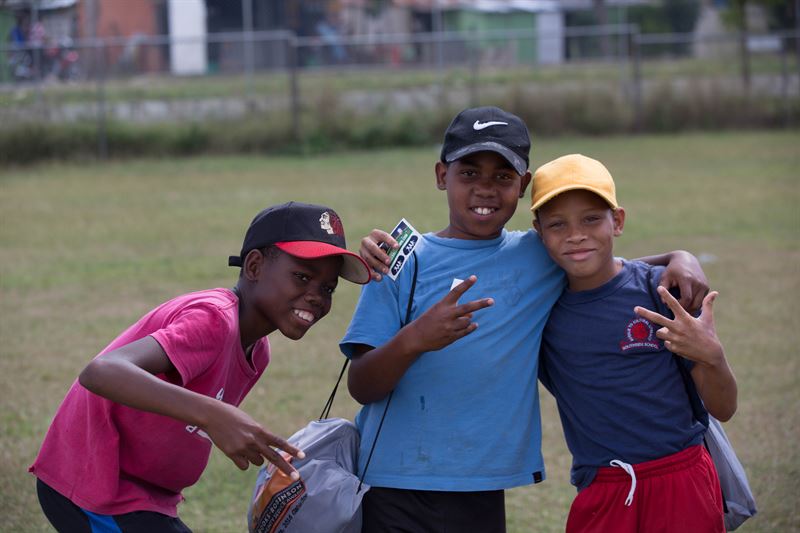 Colorado Springs, Colo. – Local youth will have an opportunity to play with their big league heroes at the Major League Baseball Players Alumni Association (MLBPAA) Legends for Youth baseball clinics on Saturday, February 3rd, 2018 and Sunday, February 4th, 2018. In conjunction with Edwin Encarnación, the free clinics will feature current and former Major League Baseball players who will teach baseball skills, drills and life lessons for a total of approximately 700 local youth.

Edwin Encarnación is a designated hitter for the Cleveland Indians and frequently hosts youth baseball clinics in his home country of the Dominican Republic. Over the last five seasons with the Toronto Blue Jays and Cleveland Indians, Encarnación has clubbed 189 home runs and driven in 547 runs en route to three American League All-Star selections.

MLBPAA was founded in 1982 with the mission of promoting baseball, raising money for charity and protecting the dignity of the game through its Alumni players. The MLBPAA is headquartered in Colorado Springs, CO with a membership of more than 8,300, of which approximately 6,000 are Alumni and active players. Alumni players find the MLBPAA to be a vital tool to become involved in charity and community philanthropy. Follow @MLBPAA on Twitter, Facebook and Instagram for updates.