Nanotechnology proves its worth with championship-winning technical partnership 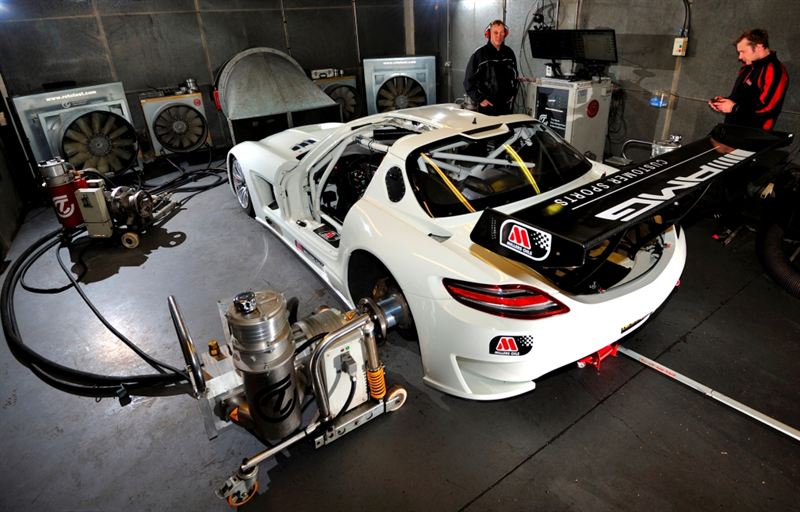 22 December 2014, Brighouse, Yorkshire – Millers Oils’ technical partner, Fortec Motorsport has had an exceptional season across a variety of disciplines, including Formula 3, World Series by Renault and the Blancpain Sprint Series. The 2014’s season saw the British racing team accomplish 24 podiums, placing in the top three in 6 championships, including first and second in the British F3 Driver’s Championship.

Through sophisticated oil analysis and track and dyno data provided by Fortec Motorsport, Millers Oils has been able to prove the benefits of its Nanodrive® lubricants, the first oils to use nanotechnology. This data helps the company to monitor how its products improve vehicle performance and durability in harsh environments, in turn guiding future product development.

“Having previously tested Nanodrive® with the Mercedes SLS AMG GT3 on a dyno, and seen a 1.5% increase in peak power, we knew we could expect good things” says Trevor Foster, Fortec Motorsport Team Manager. “The improvement in vehicle performance and durability that the oil has provided over the season has been particularly impressive and a valuable resource to the team.”

Fortec’s cars run a range of Millers Oils products, including the Nanodrive® gearbox and engine oils, CV joint grease and Extra Cool®. The nanotechnology utilised in Nanodrive® reduces friction, without compromising film strength, in turn reducing parasitic loses, fuel consumption and wear while improving power and torque. This reduction in friction helps race teams retain durability in an environment that can be exceptionally harsh on components, while at the same time providing them with a competitive edge.

Millers Oils also provides lubricants for all 18 of Fortec’s team transport vehicles, which cover an estimated 400,000 miles per season, helping the team to protect engine components and improve fuel economy.

“It’s great to see our technical partner, Fortec achieve such strong results,” says Martyn Mann, Technical Director, Millers Oils. “We’re passionate about supporting motorsport teams, it’s a crucial proving ground for our technology, enabling us to test our products in demanding environments. We wish Fortec the best of luck for the 2015 season.”


Blancpain Sprint Series: Mercedes-Benz SLS AMG GT3
Fortec came third in the Blanpain Sprint Series, Silvercup, following an impressive season with drivers; Miguel Toril, Armaan Ebrahim and Benjamin Hetherington. The endurance series, which aims to nurture young talent and is only open to under 25s, saw Fortec achieve ten podiums across the seven events, taking victory in the final two races. The season culminated in 3rd in the Teams’ Championship for Fortec and 3rd in the Silver Cup Drivers’ Championship for Miguel Toril.

Fortec’s Mercedes-Benz SLS AMG GT3 uses Millers Oils Nanodrive® in both the engine and transmission. As endurance racing is one of the harshest operating conditions for a lubricant to perform in and because GT3 cars use road car engines, Millers Oils sees it as an ideal environment to develop its products. The team also benefits from oil analysis, helping Fortec monitor the performance and durability of the vehicles’ powertrain and drivetrain, and providing guidance for Millers Oils’ motorsport lubricant programme.

“Millers Oils has a passion for motorsport and a hunger to develop its technology, a desire that fits in with our ethos at Fortec,” says Foster. “GT3 racing is extremely competitive so it is a case of looking at the fine details to find an advantage. The commitment Millers Oils puts into R&D is extremely impressive and its expertise helps provide the competitive edge every team looks for.”

“This season has been exceptional for us, and has seen the team produce some fantastic results,” says Dan Mitchell, Fortec British F3 Manager. “Thanks to the technical freedom Formula 3 provides, it has developed a strong reputation for producing great drivers. The lubricant expertise Millers Oils has provided over the season has been invaluable to the team.”

Other 2014 Successes for Fortec
The 2014 World Series by Renault saw Fortec and drivers Oliver Rowland and Sergey Sirotkin take second in the team championship. Ben Barnicoat led Fortec to success in Formula Renault NEC, taking 7 podiums and the championship. The team has also had an excellent season in classic racing this year, winning 4 podiums in the Masters Series and 2 podiums in the U2TC Class with its Lotus Cortina, which uses Millers Oils’ gearbox lubricants.


About Millers Oils
Millers Oils was founded in 1887 by John Watson Miller, and since then the company has displayed a talent for innovation and industry firsts.  It was the first to offer diesel specific engine oil for cars and continues to push boundaries to earn its place as a world leader in the technology of low friction.  In January 2012, Millers Oils launched nanotechnology engine oils.  When tested against a competitor’s oil of the same viscosity, Nanodrive recorded 40% lower friction at operating temperatures of 110°C, with significantly improved film strength.  Millers Oils uses the expertise gained in motorsport and performance car development to ensure it remains a leader in automotive and commercial vehicle oils Millers Oils devotes an equivalent R &D effort to its broad range of industrial lubricants, most recently into hydraulic oil subjected to spot operating temperatures of +130 C in systems fitted with nitrogen accumulators used in offshore drilling operations. The resulting Millers Oils product is now in international use.

Images
High-resolution images are available at www.autopresspoint.com or from megan.davies@m-eng.com

Market Engineering is Europe’s leading specialist marketing communications agency for the automotive technology sector. Founded in 1990 we have a track record of driving client reputation, sales growth and brand value that spans more than twenty years. Our team of qualified engineers and experienced communication professionals provide a unique level of technical accuracy, market understanding and sector-specific expertise that is unmatched by less focused agencies. Additionally, our approach is always strategic and marketing driven. Basing all our public relations and marketing communications activities on this essential foundation allows us to develop compelling and contagious messages and then accurately, powerfully and cost-effectively communicate them. Our clients comprise many highly respected global organisations including: Vehicle manufacturersTier-1 and 2 automotive suppliersAftermarket component and service providersMotorsport teams, manufacturers and suppliersEngineering consultanciesProviders of specialist automotive products and services including logistics and recruitmentWe are proud to say that many clients have been with Market Engineering for more than a decade, a strong testament to the quality of our work and our commitment to continuous improvement. 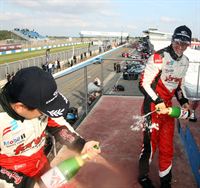