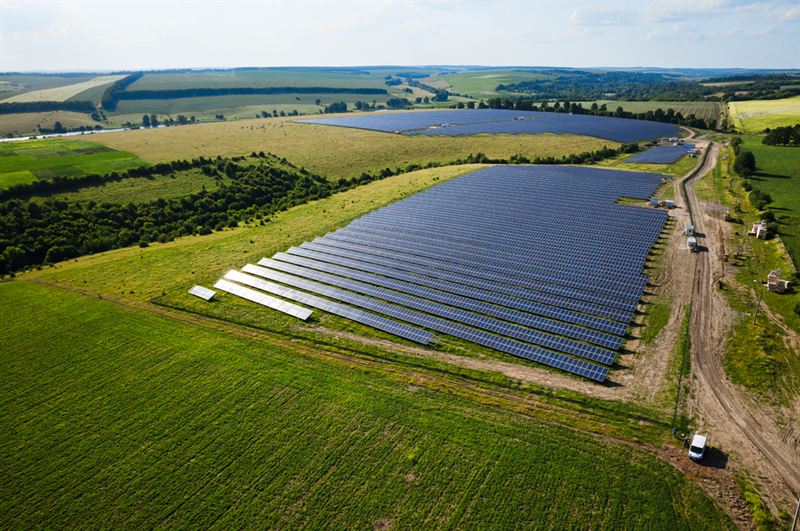 −   Martifer Solar has implemented a total of 29 MW in the country since August 2012 and this project represents its sixth success story with off-taker, Rengy Development

−   Despite severe political and economic turmoil in Ukraine, the company was able to deliver the project on time and within budget

Martifer Solar, a subsidiary of Martifer SGPS, has built a new PV plant in the Vinnytsia region of Ukraine. The 8 MW PV project, called Shargorod, represents one of the most challenging projects to date that the company has successfully completed in the country.

Despite the complex political and economic events that have been unfolding in Ukraine throughout the first half of 2014, Martifer Solar was able to deliver this 8 MW plant on time and within 3 months of construction time. The Shargorod plant is located less than 300 km southwest of Kyiv in the Vinnytsia Oblast of Ukraine.

“This new 8 MW plant is a significant achievement for the team as it strongly displays our company’s ability to adapt and manage complex projects under extreme conditions. In addition, this PV project is one of the first of its magnitude to satisfy the current local-content requirements in place within the country,” said Francisco Queirós, Country Manager for Martifer Solar in Ukraine. “We are proud to work closely in our partnership with Rengy Development to maximize the potential for solar development of the Ukrainian market.”

This new PV project denotes the sixth project which Martifer Solar has built in Ukraine for its Client, Rengy Development, which amounts to a total portfolio of 29 MW of utility-scale PV implemented in the country since August 2012.

“As we maintain our investment and development of solar projects in Ukraine, we continue to rely on the strength and proven talent of Martifer Solar as a partner in the market,” said Narek Harutyunyan, Managing Director of Rengy Development. “We have shared several success stories in the Ukrainian market and this 8 MW plant surpassed our expectations given the current situation in the country.”

Martifer Solar completed the 8 MW PV plant on an area of approximately 160,000 m2, using 33,000 modules installed on fixed structures. The Shargorod plant is expected to produce an estimated 9.2 GWh/year. With this production capacity, the project will offset 3,855 tons of carbon dioxide on an annual basis, which is sufficient energy to power more than 11,000 inhabitants in the Vinnytsia region per year.

Filinto Martins, Regional Manager for Martifer Solar in Europe, added, “In addition to our work in Ukraine, Martifer Solar is executing a more comprehensive approach to further opportunities in the PV market across Eastern Europe, which will generate future growth for both our company and solar development in the region.”

Martifer Solar is a leading fully-integrated player in the global photovoltaic market focused on Development, EPC and O&M Service.

In 2013, Martifer Solar’s revenues reached 274.4 million euros and, to date, the company has implemented more than 500 MW of photovoltaic solar energy worldwide.

Rengy Development group of companies was established in 2008 with the purpose to invest in and develop renewable energy projects in the CIS area. At present, the company operates in Ukraine and Armenia, concentrating primarily on solar and wind energy, and is also researching the hydro energy potential in several markets.

Rengy Development’s current “solar energy” development pipeline consists of several projects with combined capacity of 50 MWp, with a total investment value of more than 100 million euros. The company has constructed and commissioned a portfolio of PV plants with a total capacity of approximately 30 MW and continues to develop its pipeline of projects in Ukraine, focusing on medium size projects, ranging between 1-10 MW.