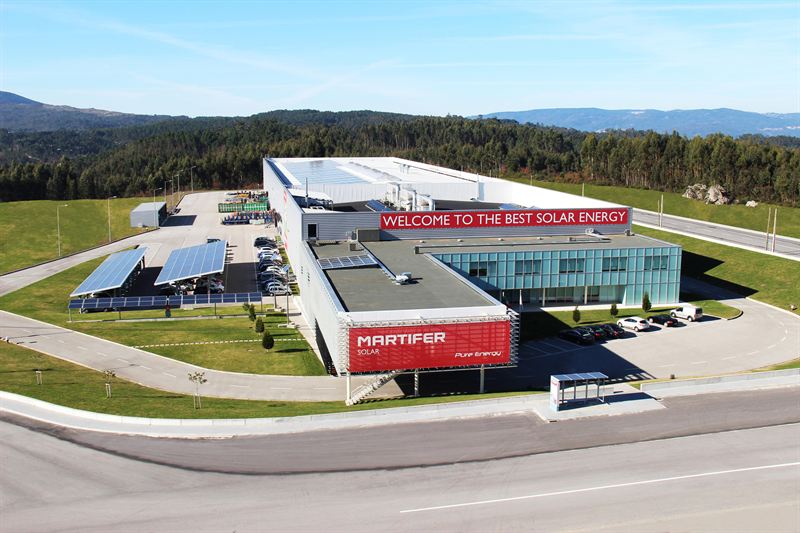 Martifer Solar, a subsidiary of Martifer SGPS, is building a 30 MW photovoltaic plant in Mexico, the largest to date in Latin America. The company is responsible for the EPC (engineering, procurement and construction) services of the plant and will also provide the Operation and Maintenance (O&M) services upon completion. The project will be funded by local development bank Nafin, by International Finance Corporation (IFC, the World Bank Group) and Corporación Aura Solar.

The plant, which is being constructed for Gauss Energía, is located in La Paz, Baja California Sur, on a 100-hectares site. It is Mexico’s first utility-scale solar project under a PPA (Power Purchase Agreement) contract between a private company and Comisión Federal de Electricidad, Mexico’s federal power company, ensuring the sale of the produced energy over 20 years.

“Martifer Solar’s experience and worldwide track-record were decisive during the analysis of the different proposals made by the main companies in the sector. Due to its dimension, this project in Mexico will open the way for the development of the photovoltaic sector in the country, where, to date, were installed 13 MW of PV projects”, says Hector Olea, CEO of Gauss Energía, a Mexican company specialized in project development in the energy sector.

With approximately 132,000 modules installed on single-axis trackers, this plant will have a production capacity of 82 GWh/year, the equivalent to the average energy consumption of almost 160,000 inhabitants, and will be equivalent to offsetting the emission of more than 60,000 tons of CO2 per year. The park’s construction is scheduled to be completed in August 2013.

“This plant places us as an unquestionable player in the Mexican photovoltaic market. The reliability and global expertise of Martifer Solar, combined with our ability to adapt to this market, were determinant factors in Gauss Energía’s decision process, selecting us for the construction of a project with such dimension. The project is planned to be delivered to the client in the third quarter of this year”, adds Álvaro del Río García, Country Manager of Martifer Solar in Mexico.

With a high level of sun exposure, Mexico stands out due to a high potential in the photovoltaic sector; it is foreseen to have an exponential growth on the installed capacity during the coming years, to allow for the country to reach its target of 35% of energy being provided by renewable energy by 2026.

“The construction of the Latin America’s largest PV plant confirms our best expectations for 2013. This is an emblematic project for Martifer Solar, in a region that, due to its irradiation characteristics, finds solar electricity as a viable and more competitive alternative, when compared with non-renewable energy sources. We consider Mexico as a key market in Martifer Solar’s internationalization strategy”, says Henrique Rodrigues, CEO of Martifer Solar.

Martifer Solar has been present in the Mexican market since 2011. To date, the largest solar project operating in Mexico has 5 MW in capacity, and the country has around 13 MW of total installed capacity.

In 2012, Martifer Solar’s revenues reached 230.8 million euros and, to date, the company has implemented more than 400 MW of photovoltaic solar energy worldwide.

Founded in 2004, Gauss is a leading business development firm, specialized in Mexico’s energy sector. Gauss activity focus on the identification, development and structuring of investment opportunities.

Particularly, Gauss Energía has a wide experience on the development of renewable energy projects in this country. Its knowledge on the regulatory and commercial frameworks in the Mexican energy sector allowed Gauss to participate successfully on the structuring of projects over 300 MW with renewable energy sources.