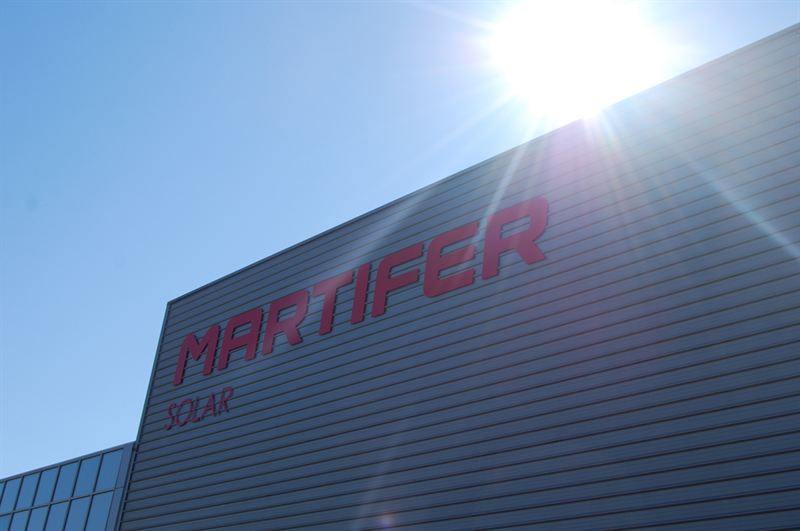 −  Martifer Solar was presented with the “Best Breakthrough Company” award at the MIREC Gala Dinner on the evening of the 28th May in Camino Real Polanco, Mexico

−  With more than 200 award submissions, the finalists were selected by a prestigious judging panel and voted on by industry peers within the renewable energy sector

−  The award recognizes Martifer Solar’s success as the leading first-mover in the Mexican PV market, while distinguishing their significant contribution to the country’s solar development

Martifer Solar, a subsidiary of Martifer SGPS, has been recognized as the “Best Breakthrough Company” for 2014 by the Mexican International Renewable Energy Congress (MIREC) Awards. The company has made a significant contribution to the growing solar energy market in Mexico with its recent completion of the 39 MW PV plant, Aura Solar.

Martifer Solar has been heralded as the leading first-mover in the Mexican PV market. The company built Mexico’s breakthrough utility-scale PV project in La Paz, Mexico for Gauss Energía. The recent inauguration of the Aura Solar plant, led by Mexico’s President Enrique Peña Nieto, was a milestone as its connection more than doubled the installed solar PV capacity in Mexico. The project also represents the country’s first PPA (Power Purchase Agreement) between a private company and the CFE (Comisión Federal de Electricidad), powering more than 160,000 inhabitants and offsetting more than 60,000 tons of CO2 emissions.

Álvaro del Rio Garcia, Country Manager of Mexico for Martifer Solar, said, “To be presented with the ‘Best Breakthrough Company’ award from MIREC is a fantastic recognition for our company and its work to grow the solar PV industry in Mexico. We see great potential in the country and look forward to continue reinforcing our commitment to the development and growth of the Mexican market.”

The “Best Breakthrough Company” award was presented to Martifer Solar during the MIREC Gala Dinner at the 3rd Annual Awards Ceremony, held on the evening of the 28th May in the Camino Real Polanco Hotel in Mexico. This award represents the second accolade as a result of the Aura Solar project. In March, the 39 MW plant was awarded the distinguished Infrastructure 360° Award in the Climate & Environment category from the Inter-American Development Bank and Harvard University’s Graduate School Zofnass Program for Sustainable Infrastructure.

“Congratulations to Martifer Solar! Being recognized by the industry and their peers as ‘Best Breakthrough Company’ at the MIREC Awards is a true testament to the work and commitment they have undertaken in Mexico over the past year,” stated James Brady, Head of Solar Business Development for GreenPower Conferences, the organizer of MIREC.

Martifer Solar recently announced news which lends to its further perception as a front-runner in the Mexican market. The company will partner with Citelum on the breakthrough Girasol project to provide the municipality of Izamal with a 1.46 MW solar PV plant, which will power a complete renovation of energy efficient LED lighting.

Martifer Solar is a leading fully-integrated player in the global photovoltaic market focused on Development, EPC and O&M Service.

In 2013, Martifer Solar’s revenues reached 274.7 million euros and, to date, the company has implemented more than 500 MW of photovoltaic solar energy worldwide.