For the second consecutive year, Moooi has collaborated with Klaus Haapaniemi to create an exclusive collection of five rugs - launched at the Salone del Mobile alongside other respected names including Marcel Wanders and Bertjan Pot to name a few. 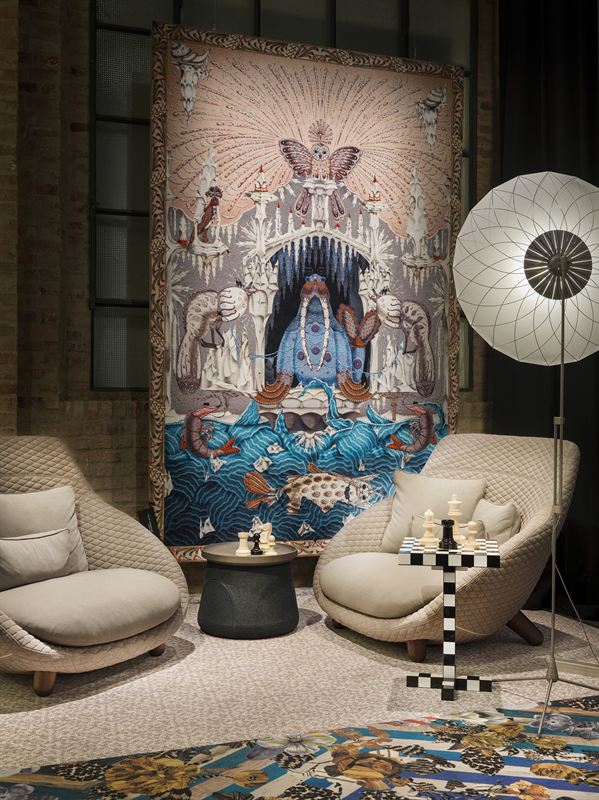 ABOUT THE MOOOI RUGS BY KLAUS HAAPANIEMI

Following on from the success of their previous partnership, Moooi have teamed with Klaus Haapaniemi for the second time with the release of a series of five rugs - adapting the designs from the recently launched 'Polar Byzantine' silk scarf collection.
Inspired by the narrative of the original poetic story by award winning Finnish author, Rosa Liksom, each of the carpets tells the story of magical Arctic animals, fleeing the melting landscape to live in an ice palace far away. Thanks to Moooi's advanced high resolution printing methods, each carpet has achieved an almost three dimensional quality and colour vibrancy - drawing you into the mystical world of the 'Polar Byzantine'. The collection was subsequently launched in Milan as part of the Salone del Mobile.

Moooi is an interiors and lifestyle brand with a philosophy based on daring, playful and exquisite products rooted in the belief that design is a question of love.
With their unique and iconic mix of lighting, furniture and accessories, which outlast everyday interiors, Moooi creates environments decorated with an inspiring variety of patterns and colours - encouraging everyone to fall in love with their homes.

A graduate of the Lahti Institute of Design, Klaus Haapaniemi (1970) grew up in the Finnish countryside, and as a result has always been hugely influenced by nature and the traditional stories it has inspired. With a wildly vivid and often dark imagination, Klaus developed a richly diverse creative style which lead him to a successful design and print career. In addition to acting as the creative director of the Italian fashion house Bantam, Klaus has designed for and collaborated with Cacharel, Christian Louboutin and Established & Sons amongst others - as well as the department stores Isetan, Harrods, Selfridges and Le Printemps. Named by WGSN as ‘one of the most important rising illustrators and designers of our time’, Klaus’ name has become known to represent timeless originality on an international scale.

As well as collaboration projects, Klaus has his own collection, Klaus Haapaniemi & Co. producing and selling luxury textiles and accessories from their flagship store in London. 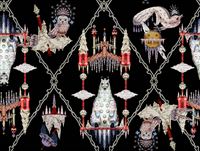 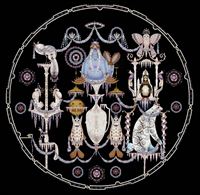 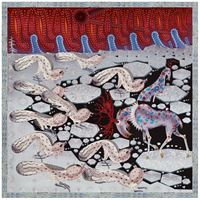 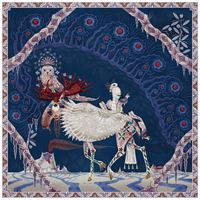