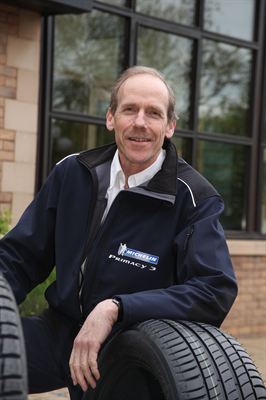 An FN50 fleet which has recorded every tyre change mileage on its vehicles over the last six years has released figures to Michelin for its most popular car, the Ford Focus.

The mileage data shown below comes from tyres removed due to normal wear, and relates to more than 4,000 front tyres and more than 1,300 rear tyres, a huge sample. Several tread patterns for each of the manufacturers are present within the sample, as the data was gathered over a number of years. The data does not include any tyres taken off because of irreparable damage.

It reveals that in terms of longevity, the 205/55 R 16 V Michelin tyres outperform competitor brands on the Ford Focus, which was ranked as the top-selling fleet car in 2011 by the SMMT.

The data was provided to Michelin as part of the tyre manufacturer's on-going assessment of its own performance. The fleet company, which runs tens of thousands of vehicles, does not want to be identified because of commercial sensitivities.

Michelin's Product Marketing Manager Steve Dolby said: "It is really unusual to have detailed data like this made public, but it is so valuable for fleets because using tyres which last longer can result in fewer tyres per contract being used, with considerable cost savings.

"These results are based on more than five thousand tyres which is a really impressive sample size and the results back-up independent tests that have been carried out before.

"What is especially important to us is that these results are real-life. The tyres have been run on fleet vehicles under normal UK road conditions. We run many scientific tyre wear tests but they cannot replicate fleet journeys on a daily basis over six years. That is what really matters to our customers."

He added: "This data is also important as longevity is not something that will be included under the new tyre labelling legislation.

"We encourage all fleets to look at their own data and monitor tyre mileage performance because it helps them make a more informed choice based on long-term value."