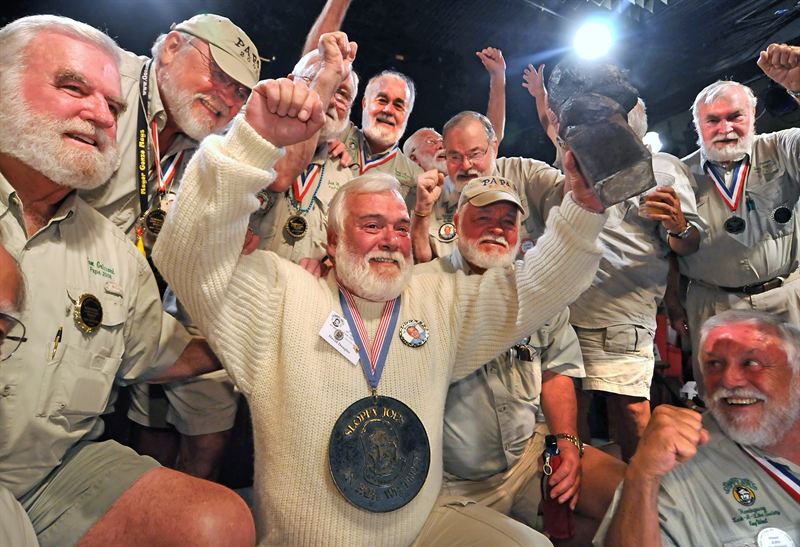 Ernest Hemingway made Key West his home throughout the 1930s and set his only U.S.-based novel, “To Have and Have Not,” in the island city. Since then, the vibrant island has been a colourful source of inspiration for many authors and artists including Lorian Hemingway, critically-acclaimed writer of works including the memoir “Walk on Water.”

For decades a frequent visitor to Key West, Lorian finds both inspiration and peace there. “I relate to so many people there, and there is so much true goodness on that island,” she said. “It’s like home to me in so many ways.”

Her days in Key West are filled with bookstore visits, spending time with close friends, observing the subtropical water and sky, working on a book about the island and reading short stories submitted to her contest.

The literary highlight of the Hemingway Days festival, the short story competition receives more than 1,000 entries annually from emerging writers around the globe. Some of its former winners have gone on to achieve significant literary success.

“It’s exciting to be in on the ground level of discovering somebody that good, and to think that maybe your encouragement helped just a little,” Lorian said.

During his Key West residence, Ernest Hemingway wrote some of his most enduring works and spent his leisure hours fishing and socialising with local and literary cohorts. Each year, fans of his literary accomplishments and exuberant Key West lifestyle flock to the island to celebrate Hemingway Days.

The 2014 festival, set for Tuesday, 15 July until Sunday, 20 July, has added meaning because 2014 marks the 50th anniversary of the posthumous publication of A Moveable Feast, Hemingway’s memoir about his years in Paris as part of the expatriate writers in the 1920s.

Festival events include a look-alike contest for stocky white-bearded men resembling Hemingway, the announcement of the short story contest winners, readings and book signings by acclaimed authors, a commemoration of the 115th anniversary of Ernest's birth (21 July), a zany "Running of the Bulls" and a three-day marlin tournament recalling Hemingway's devotion to deep-sea fishing in Keys waters.

Some festival attendees return year after year, perhaps drawn by the same elemental appeal that attracted Ernest Hemingway and later his granddaughter.

“Key West is everything that is tactile and living — it’s so alive,” said Lorian Hemingway. “Some of the most magical events of modern history have taken place, I think, in the waters around Key West.”

FOR MEDIA INFORMATION ONLY: 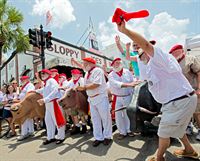 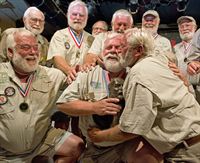