RMC’s new vessel to create jobs to the western coast of Finland: a substantial power system agreement reached with companies in the Vaasa region 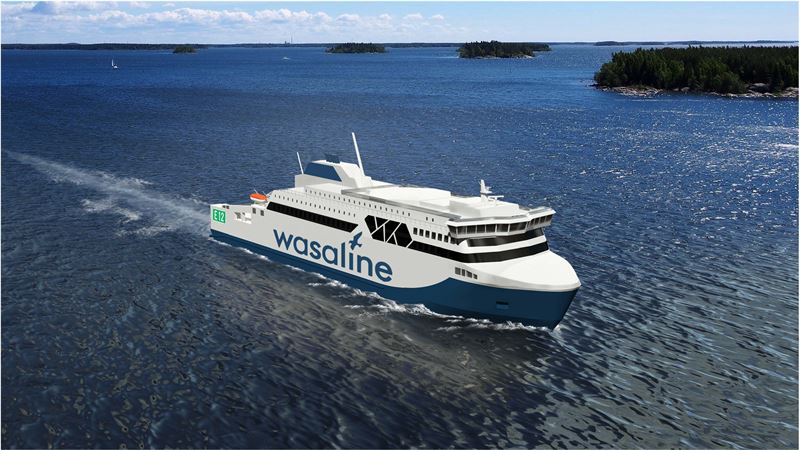 Rauma Marine Constructions has signed an agreement with their partner network for the delivery of a power system for the new Wasaline ferry, set to operate in the Gulf of Bothnia between the city of Vaasa in Finland and city of Umeå in Sweden. The vessel will employ a hybrid power generation system as well as an electric propulsion system rarely used in RoPax ferries, which will improve its environmental efficiency. The systems will be provided by a network of companies operating in the Vaasa area – including ABB, WE Tech, VEO, and Danfoss/Vacon.

The construction agreement for the new, environmentally friendly RoPax ferry was signed between Kvarken Link, owned by the City of Vaasa and the municipality of Umeå, and the Finnish company Rauma Marine Constructions in January. The company has now agreed on the delivery of the power generation system of the vessel, set to operate between the city of Vaasa in Finland and city of Umeå in Sweden, with its partner network. Jyrki Heinimaa, CEO of Rauma Marine Constructions, is happy to see the growth in marine technology in the Rauma area reflecting positively also along the rest of the west coast of Finland.

“A wide network of partners is very important to RMC – we could not operate without it. We are very happy to participate in building this new, environmentally friendly vessel together with our partners in the Vaasa region.”

The new vessel will replace M/S Wasa Express, delivered in 1981, in Wasaline’s service across the Gulf of Bothnia. The vessel will be equipped with an electric propulsion system, designed specifically for vessels with a high ice class. Electric propulsion systems are rare in RoPax ferries, which usually are equipped with propulsion machinery that consist of conventional diesel driven propellers through shaft lines and rudders. The new Wasaline ferry will be equipped with azimuthing propellers of Azipod type. They are rather common in cruise ships and provided by ABB. Further they enable safer and faster manoeuvering, as well as lower propeller induced vibrations and noise compared to traditional diesel driven propulsion machinery.

Reduced emissions due to new technology

The hybrid power solution for the vessel will be created together with RMC’s technology partner WE Tech Solutions Oy. The electric main switchboards will be provided by VEO, the propulsion drive system with a novel frequency converter solution will be manufactured by Danfoss/Vacon, the energy storage system with Li-Ion battery packages will be provided by Leclanché, and WEG will manufacture the generators. The energy storage system is dimensioned for the vessel’s operation in the harbour without using main engines. This means that the propulsion and the ship’s general power are battery driven. The energy storage system is charged from shore power, which is also used for the vessel’s other power needs during the stay at the harbour. Currently, most vessels use diesel generators during the entire stay at the harbour, which increases harmful emissions.

The power for the propulsors is generated by an integrated system solution, which can utilise the dual-fuel engines or the energy storage system chargeable from shore power. The main source of fuel for the highly efficient dual-fuel engines, provided by Wärtsilä, is liquefied natural gas. They can also run on biogas. This will significantly reduce the vessel’s emissions.

“The vessel’s propulsion solution with battery technology represents the latest design for emission reduction in marine transport. As an example, when the vessel is approaching the harbour, the main engines of the vessel can be switched off and the vessel can operate the remaining distance utilising battery power. This enables the vessel to arrive at the harbour with no further emissions,” explains Peter Ståhlberg, CEO of Wasaline.

The new ferry is scheduled for delivery in April 2021 and it will operate daily between Vaasa and Umeå.

Rauma Marine Constructions (RMC) is a wholly Finnish-owned shipbuilding company formed in the summer of 2014 in Rauma. RMC specialises in building and servicing multipurpose icebreakers, car and passenger ferries and naval vessels. More information is available at www.rmcfinland.fi.