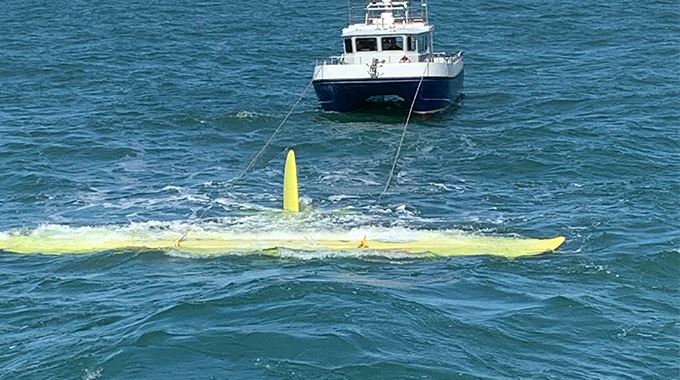 Minesto’s DG500 kite system was installed at the company’s Holyhead Deep site offshore North Wales in mid-August using an upgraded launch and recovery system. Since then Minesto has made significant progress in commissioning the autonomous control and power generation systems.

“The major changes to the kite system this year are that we now operating with a shorter tether and over winter we enhanced the power take-off system to make it simpler and hence more reliable. So far during the commissioning programme we are very pleased with the operation of the improved power take-off system and the behaviour of the kite control systems in an open sea environment”, said Bernt Erik Westre, Chief Technology Officer at Minesto.

The use of a shorter tether means that Minesto unlocks a greater variation of potential installation depths for its unique marine energy technology. The shorter tether also required a new installation method, which was found to work very well when the DG500 kite system was re-installed in August.

Minesto now plan to retrieve the kite system back to Holyhead, in the process testing the new recovery method, in order to carry out some further improvements onshore before continued operations at the Holyhead Deep site.