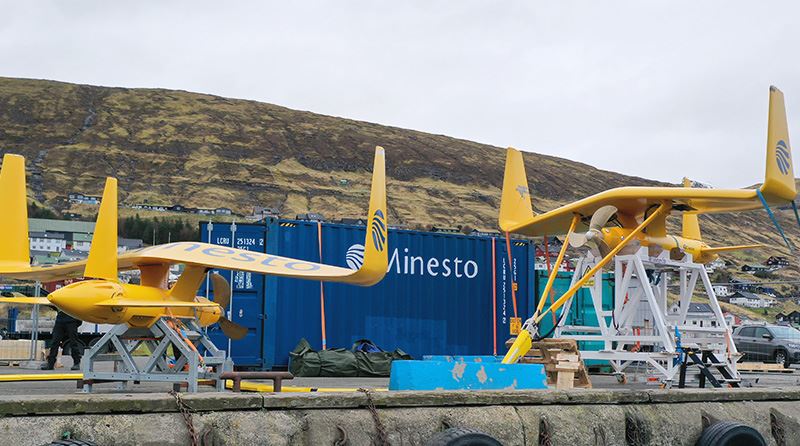 As part of the continued operations programme in its tidal energy project in the Faroe Islands, Minesto has made significant progress related to electricity generation to grid. The company’s DG100 power plant has reached peak power production performance above 110 kW with average power produced over a tidal cycle aligned with predictions in simulation runs.

During March, a second DG100 kite system has been delivered to the Faroe Islands and successfully run in electricity production mode. The unit, named “Drekin” after the local word for dragon, incorporates upgrades to improve performance and reliability based on experiences with the first unit.

“The new second DG100 system started operation straight ‘out of the box’ without the need for a long commissioning programme. This means that we now have two systems available in Vestmannasund, which enhances our operational flexibility and efficiency. It is very pleasing that the new DG100 power plant easily reaches its designed performance. Among other things, this means that we reach peak power production performance above 110 kW at flight speeds above 20 knots. Average power produced over a tidal cycle is aligned with predictions in simulation runs, which reinforces our output expectancies regardless of scale. This is very encouraging results and significant input to the ongoing work of third-party verification”, said Dr Martin Edlund, CEO of Minesto.

In addition, Minesto has completed training of additional onshore and offshore installation staff so that the company now manages all kite system operations and maintenance activities in-house.

“With three complete teams of operators, we have established capacity for both long-term operations in the Faroe Islands and secured a much-needed ability to run multiple projects”, said Martin Edlund.

As part of the training, Minesto has successfully optimised the launch and recovery times such that it now takes no longer than 30 minutes to launch or recover a kite system, using a small DP vessel without an ROV. To further increase operational flexibility and reduce costs, Minesto also evaluates and prepares for use of local suppliers with smaller vessels, where practicable.

“The plan going forward involves intensified operations both for volume generation of electricity to grid and for configuration optimisation to support scale-up and identified performance enhancement”, said Martin Edlund.

The information in this press release is such that Minesto AB (publ) shall announce publicly according to the EU Regulation No 596/2014 on market abuse (MAR). The information was submitted for publication, through the agency of the contact person set out above, at 09:20 CET on 23 March 2021.