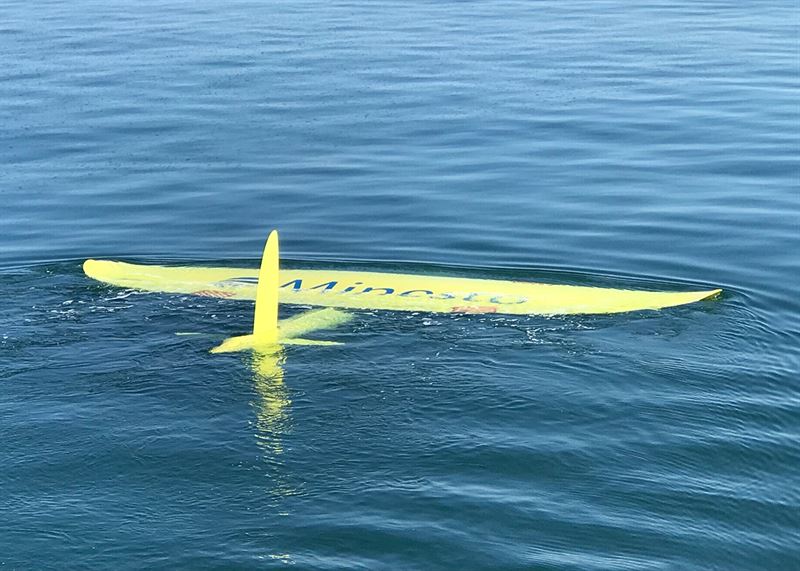 Marine energy developer Minesto has completed the initial commissioning sea trials of its unique subsea kite technology called Deep Green off the coast of Holyhead, North West Wales. Through the initial trials, a range of functionalities such as the kite control system, launch and recovery systems, connections and communications have been tested and verified in various sea states.

The results of the initial commissioning tests have been analysed and the main conclusion is that Minesto’s DG500 marine energy kite, which produces renewable energy from tidal streams and ocean currents, is ready to commence “flying” full subsea trajectories.

Commenting on the progress, Minesto’s Chief Operating Officer David Collier said: “This is a very significant step towards our ultimate goal of proving the complete DG500 system. I am very proud of the team as this accomplishment has been made possible only by the hard work and endeavour of everyone that has been involved in the design and development of the Deep Green technology over a number of years. The commissioning efforts have been performed in a safe and robust manner, which is especially important considering the many innovations involved in this first-of-its-kind project”.

Minesto will next continue the commissioning program of the DG500 device to achieve the milestones of flying full subsea trajectories and verifying the power take-off system and electricity generation.