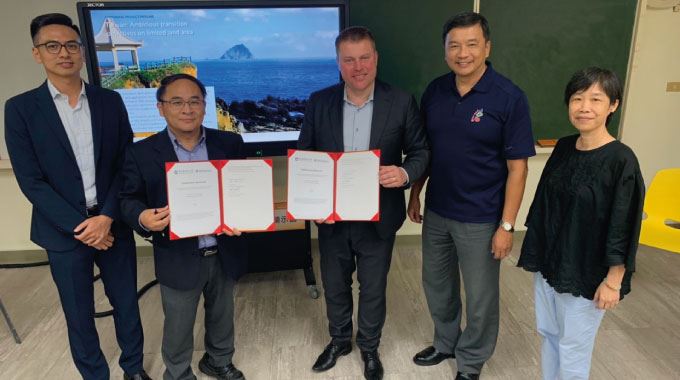 Last week was eventful for Minesto in Taiwan as the company attended the country’s largest renewable energy conference, engaged with key stakeholders and renewed the collaboration agreement with National Taiwan Ocean University to explore the potential for Minesto’s Deep Green technology in Taiwan.

Minesto had the honour of attending the inauguration of UNOPS (United Nations Office for Project Services) Global Innovation Centre in Lund earlier this week together with the company’s major owner BGA Invest. UNOPS’ Sweden-based Global Innovation centre was launched with support from the Swedish government and Sony, setting out to harness the synergy of public-private partnerships towards the UN’s 2030 Agenda.

We are looking for an Office Administrator to join the Minesto team in Gothenburg. Read more and apply here.

Wales can be a nation powered by marine energy, vows Energy Minister

Marine energy has the potential to be at the heart of ambitious plans for Wales to become a nation powered by renewable energy sources, Minister for Environment, Energy and Rural Affairs Lesley Griffiths said as she delivered a keynote at industry conference OEE.

Recently, the Welsh Government together with National Resources Wales launched a Welsh Marine Evidence Strategy, which sets out the joint evidence priorities over the next five years and includes high-level evidence priorities for marine planning. The strategy identifies marine renewables as a priority area. View the strategy here.